More competitive than a parliamentary debate on Brexit, (but hopefully considerably less angry),

These awards are a celebration of the very best of British clean technologies, a platform for some of the most inspiring companies operating in the UK, and a chance to reflect on another remarkable year for this most important of sectors.

And what a year it has been.

You have all been busier than Sir Phillip Green's lawyers - although not always as well remunerated.

The green technology industry has chalked up its first coal-free days since the Industrial Revolution.

Sales of electric vehicles, energy storage systems, and smart technologies have all soared, despite levels of political instability and economic uncertainty that would shame a Banana Republic.

There is no denying the barriers placed in the path of the clean tech sector and the wider decarbonisation agenda have been shamefully high and depressingly numerous.

Even as wild fires raged from California to Manchester, the President of the United States declared that he is too intelligent to believe climate change is a problem, and that if it is a problem it can be solved with a rake.

Even as heat waves baked the UK and the green economy provided one of the few areas of sustained growth for the UK economy, the Prime Minister could not bring herself to mention climate change or clean technologies in her keynote speeches.

Even as global greenhouse gas emissions continued to rise, governments the world over continued to subsidise fossil fuels and soft pedal the roll out of the survival technologies that can deliver a cleaner, healthier, and sustainable economy.

And yet faced with these immense challenges the inherent optimism of clean technologists - of the people in this room - shines through.

You do not wallow in defeatism or succumb to the temptation of cathartic anger.

Nor do you have to. To be honest covering some of the crazier polluting policy and investment choices that are made on a daily basis means I am quite angry enough for everyone.

There are days when you could power the grid with my bright green fury.

But there is none of that self-indulgence for you. Having read your brilliant entries to these awards and reported on many of your companies this year for BusinessGreen, it is clear you are getting on with inventing, building, and delivering the technologies that will make a difference.

And they are making a difference. You are constructing, piece by piece, an economy that is not just greener, but better.

This reality was hammered home to me recently - at some traffic lights, outside a supermarket, in South London.

I'd been loaned a Nissan Leaf for a week and I'd popped to Sainsbury's with the kids to see how the public chargers worked.

As I pulled out a taxi driver gestured at me to roll down the window and asked 'how far does it go, really?'

So I told him it does 160 miles and is the best car I have ever driven.

He thought for a second and said, 'that could work. I do about 200 miles a day and I could do a bit less because I wouldn't have the fuel costs'.

And there it is. We all know EV ranges will keep increasing. We all know the charging infrastructure will keep improving. But already models exist that are not just greener, but are quite simply better.

And it is not just EVs. This transformation, this tipping point is being repeated across multiple industries, as evidenced by so many of the finalists here today.

You are all deserved finalists at these awards, but regardless of that you should all be extremely proud of your work.

At the BusinessGreen Leaders Summit earlier this autumn, James Thornton the brilliant lawyer, environmentalist, and founder of ClientEarth, put it beautifully.

He argued that if you consider the risks of runaway climate change, and then you consider how such impacts would inevitably derail the global economy, then the work of the green economy is "in a very deep and meaningful way about protecting human civilisation".

As David Attenborough warned just this week, the collapse of civilisation is on the horizon, unless we act.

At another BusinessGreen event earlier this year, we were lucky enough to hear from a senior executive at the investment giant Hermes.

He was talking about the Taskforce on Climate-related Financial Disclosures, but he closed by quoting Maya Angelou.

By the way, one of the things I love about this sector is that speeches about corporate reporting rules can end with quotes from literary giants.

The line he quoted has stayed with me: "I did then what I knew how to do. Now that I know better, I do better."

These awards are about celebrating those who are striving to do better.

You, our finalists here today, are acting. You are involved in a very deep and meaningful way in the protection of civilisation.

That is not hyperbole. That is the logical extension of the work that you do. Do not duck away from that responsibility. Wear it proudly. And please join me in celebrating your achievements. 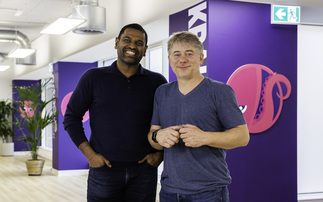