The sigh of relief from across the green business community was almost audible. With the bizarre and ultimately doomed appointment of climate sceptic Owen Paterson as Environment Secretary casting a long-shadow there was genuine concern David Cameron could use his unexpected majority to push action on climate change down the agenda with the appointment of a Secretary of State disinclined to take decarbonisation seriously. It is not as if he didn't have plenty of ambitious ministers with minimal interest in climate change and hostility towards clean technologies to choose from.

With one Tweet those fears, not to mention concerns the whole Department of Energy and Climate Change could be for the chop, were quelled. The appointment of Amber Rudd as the Energy and Climate Change Secretary is not simply just reward for an able and collegiate politician who has just increased her majority in a marginal seat, it is also great news for the green economy.

Rudd has repeatedly put herself on record as warning that it is vital to take action on climate change, because of the "devastating impact it could have nationally and internationally" - a braver and more principled position than it should be for an ambitious Conservative politician given the manner in which this analysis is loudly rejected by some of her own colleagues.

More importantly, she has a coherent sense of how environmental protection and climate action fits into modern Conservatism having previously identified herself as a "Thatcherite when it comes to climate change", fond of quoting the Iron Lady's famous assertion that "The core of Tory philosophy and for the case for protecting the environment are the same: No generation has a freehold on this earth. All we have is a life tenancy-with a full repairing lease".

As a former banker, city headhunter, and financial journalist she also understands instinctively that it is business and innovation that represents the last best hope of delivering steep cuts in global carbon emissions.

Perhaps most importantly for green businesses, energy utilities and investors, Rudd has experience at DECC and a mandate to broadly continue with the current low carbon policy regime.

Both the FT and Telegraph have already run articles arguing current policies are failing and calling for a fundamental overhaul of UK energy policy that dilutes the current focus on decarbonisation. Climate sceptic backbenchers will lap up this analysis and use it to demand a wider re-think. However, Tory sources this morning indicated the green economy should not worry too much about this analysis given the leadership's commitment to long term emissions reductions remains solid. Rudd's appointment underlines that commitment and means Cameron has passed the first test of whether he will stand by his pre-election commitment to continue to drive the decarbonisation of the British economy. Significant changes to the previous government's electricity market reform programme and energy efficiency strategy would now come as a major surprise.

It is important to remember Rudd's appointment is anything but a sinecure and her commitment to tackling climate change is no guarantee this government will do so effectively. She faces numerous daunting challenges, several of which are made harder by a manifesto that lacked sufficient ambition on environmental issues and paints the Conservatives into a contradictory corner where they hymn the virtues of low cost decarbonisation while blocking low cost onshore wind farms and offering little in the way of new thinking on low cost energy efficiency measures.

The Paris Summit is just the most high profile of a series of early tests, which also include the finalisation of long-running nuclear negotiations with EDF, the need to jump start the UK's carbon capture programme, and imminent spending cuts at DECC. Crucial negotiations with the Treasury and Number 10 on the next wave of emissions targets and clean energy funding also present a major challenge, as does selling fracking to an increasingly suspicious public. Rudd's previous role as Parliamentary Private Secretary to the Chancellor may result in more collegiate relations with the Treasury than DECC has experienced over the past five years, although it may also fuel fears the Treasury brake on green economic progress will become even more pronounced.

All these challenges will need to be overcome while coping with the impact an EU referendum will have on investor confidence and battling with a constant drumbeat of opposition to green policies from parts of the press and some of Rudd's own colleagues.

However, these valid concerns are for another day. For now green business leaders will welcome the fact that the new Secretary of State is as committed to tackling the threat presented by climate change as they are. Just as they will welcome the fact the Prime Minister wants an Energy and Climate Change Secretary who takes both topics seriously. The green business community and the Conservative leadership won't always agree on how best to slash emissions, bolster UK climate security and enhance clean tech competitiveness, but Rudd's appointment makes it clear the goal remains a shared one.

Those sighs of relief across the green economy have just turned to cheers with the news Eric Pickles has been replaced as Communities Secretary by Greg Clark, bringing an end to a period in which Pickles sought to undermine pretty much every environmental policy he had a hand in. In contrast, Clark has won plenty of plaudits from green groups in the past and is well regarded for his rational, evidence-based approach to policy-making. Add in confirmation Liz Truss is continuing at Defra and the climate sceptic wing of the party has been well and truly locked out of the main environmental briefs.

As former Climate Change Minister Greg Barker wrote on Twitter this afternoon it is "shaping up to be a v progressive, pro green agenda reshuffle".

For those green business still smarting at the imminent halt to the UK's onshore wind farm industry and the Tory manifesto's limited ambition on energy efficiency the fact these policies will be enacted by Ministers who understand the urgency of the climate crisis may prove cold comfort. But there is little doubt Cameron has today exceeded the green communities' expectations with a reshuffle that puts the party's modernisers in charge of the UK's environmental policy framework.

'Adapt or die': Environment Agency warns urgent action needed to save millions of lives and livelihoods 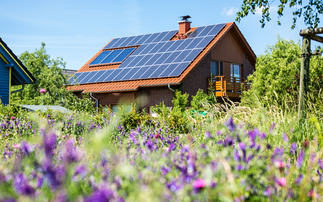 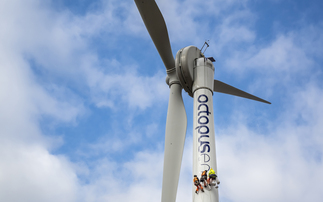