Only one thing is certain in the latest row over energy bills, efficiency makes more sense than ever

The future is a foreign country, they do things differently there, as L. P. Hartley almost said. It is part of human nature to try and predict the future and those who get good at it - whether it is in the boardroom, on the stock exchange, or at the track - tend to reap huge rewards. And yet even the very best tipster will acknowledge that we do not live in a science fiction novel, accurately predicting the future is impossible and any responsible prediction has to come couched in the terms of probability and risk.

The problem for the business leaders, as the latest row over energy cost projections proves, is that detailed projections based on complex assumptions and containing a high degree of risk do not make for good headlines - "The 'green tax con' that is costing families £500" does.

The latest reports on projected energy bill increases neatly serve to highlight the challenge faced by green businesses and energy industry execs alike. Last week's highly controversial report from the Taxpayers Alliance predicting energy bills will rise by over £400 by the end of the decade and npower's slightly more realistic warnings that bills could rise by £240 by the same date are both based on contested assumptions about what will happen to gas prices, energy efficiency schemes, and the cost of renewable energy. The authors themselves acknowledge there is considerable uncertainty, yet much of the reporting on these studies has no truck with such grey areas, focusing on the headline conclusion that energy bills are going to soar and green tariffs are to blame.

The government and green campaigners are engaged in a manful struggle to highlight the dubious nature of some of the assumptions that underpin these reports.

Greenpeace did not take long to point out that the Taxpayers Alliance, an apparently well respected organisation that secures itself a fair amount of time on the nation's airwaves, has no problem with assuming domestic gas prices will increase by the same amount as domestic electricity prices, because the "two commodities are substitutes". That's right, the latest round of debate over energy bills was sparked by an organisation that thinks if electricity bills rise by a couple of hundred quid a year people will switch to gas-lighting and manufacturers will invent a gas-fired fridge, which would in turn mean the government would have to introduce levies to increase gas prices. Taxpayers Alliance may well have some legitimate questions about the effectiveness of green policies (as set out in its various responses to Greenpeace's analysis and a letter from Ed Davey complaining about its calculations) but it has rather undermined its case by clinging to the evidence-free assertion that the government will have to increase levies on gas to match levies on electricity.

Energy and Climate Change Secretary Ed Davey similarly took npower to task over its projections yesterday, accusing it of overestimating the cost of the ECO energy efficiency policy, while failing to acknowledge that the cost of this policy would lead to benefits in the form of lower energy consumption in the future. He also reiterated yet again that the government's modelling and similar projections from the Committee on Climate Change show that when all of the government's energy and climate policies are taken into account energy prices will rise by less than they would otherwise have done so and average energy bills will remain pretty much flat as a result of efficiency improvements.

The problem for the government and green groups is that as soon as you engage in these arguments it invites entirely legitimate questions about why you think your own, more optimistic, projections are accurate. You can argue that the government's modelling is more robust, that evidence suggests gas prices are likely to rise and that energy efficiency policies will prove a runaway success, but you are still dealing with future assumptions that are impossible to verify. You can similarly argue that much of the more pessimistic modelling is politically motivated and based on suspect assumptions, but that does not make the central assertion that the government's projections rely on a belief that energy efficiency policies will significantly curb average consumption. There is risk in the projections put forward by both sides of the debate, even if the balance of probability still lies with the government's modelling being the more accurate.

The question then for businesses is how to navigate this forest of projections and increasingly fractious debate. It would be useful to know what the energy price will be in the coming years, just as it would be useful to know whether the government's energy policies will prove a success - as mentioned at the start those who are best at crystal ball gazing tend to prosper.

The answer has to be to strip out as much of the risk contained in these projections as possible and make decisions based on what we do know. For example, we know the UK has a Climate Change Act that sets legally binding carbon targets that require the decarbonisation of the power sector over the next two decades. And we know the government is about to pass an Energy Bill that will formalise many of the policies that underpin the projected increase in energy bills. Anyone who looks closely at the political debate surrounding these issues also knows there is far more political consensus on this agenda than the media typically suggests. The high profile row between DECC and the Treasury over energy policy is largely focused on what happens to the energy mix after 2020, the various green policies and levies are pretty much finalised for this decade and are unlikely to change significantly, regardless of what happens at the next election.

More broadly, we know investment in energy infrastructure is urgently required to replace aging capacity and we know this investment will have a knock-on impact on bills. We know there is considerable uncertainty over future fossil fuel prices with a combination of a lack of clarity on future shale gas development and the perennial risk of insecurity in the Middle East meaning all gas and oil price predictions come with a truckload of salt. We know that proving the counter factual of what happens if we don't decarbonise is impossibly difficult and is often based on absurdly optimistic projections for those self-same hard-to-predict fossil fuel prices. We also know the public are very concerned about rising energy bills, but are also strongly supportive of the decarbonisation agenda.

For households and business alike these facts add up to a handful of important conclusions. First, it is impossible to be absolutely certain what energy bills will be in 2020 - technological breakthroughs could send them plummeting, just as geopolitical tensions could send them spiraling - but the vast majority of expert opinion suggests they will increase as investment costs filter through and global demand for energy continues to climb.

Second, whether you like it or not we have to decarbonise our energy infrastructure, to fail to do so would be environmentally reckless, economically a huge missed opportunity, and legally in breach of British law. Regardless of noises off in the press it is highly unlikely that this government or the next will shift from this agenda - the technology mix may change, the pace of investment may accelerate or slow down, but decarbonisation will continue.

Third, energy efficiency remains the most cost effective means of cutting carbon emissions and the best way of insulating yourself against future energy price increases.

It is impossible to boil down complex arguments about energy policies and costs to one simple message. There are valid and important debates to be had about green levies or carbon taxes, the financial cost of renewable energy versus the environmental cost of carbon emissions, the impact of green taxes on the fuel poor and the necessity of clean investor certainty, the high capital cost of clean energy against the high and volatile running costs of fossil fuels. But while these debates will no doubt continue, one thing is clear: whether you believe the energy bill projections put forward by the Taxpayers Alliance, npower, or the government is largely irrelevant, energy efficiency is still one of the best investments you can make for your home or business.

We can never know the future, but we do know using less energy is the best way to insulate ourselves against the costs of decarbonisation. It is here that businesses and households should focus their efforts if they want to place a winning bet on future energy prices.

Ed Davey: 'We're going to be the first country in the world with a low carbon electricity market' 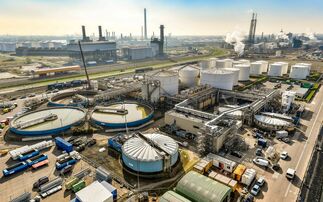