Green car aficionados will already be aware that motoring comedy show Top Gear created one of its periodic media storms this week, after 'test driving' the Nissan Leaf and Peugeot Ion electric cars and unsurprisingly concluding that they are a bit rubbish.

For those of you who missed it, professional contrarians Jeremy Clarkson and James May decided to test drive the two electric cars by taking them to the seaside. They then proceeded to run out of power in Lincoln, feigning surprise that the small provincial town was not awash with charging points, before then having to wait 12 hours to recharge the battery using a plug socket borrowed from the local university.

Cue much predictable outrage as Nissan let it be known that, suspecting foul play was in the offing, they had fitted the car with a tracking device. As a result they could inform the public that, when Clarkson started his ill-starred journey, the battery was less than half charged. "Misleading," said Nissan, adding to accusations last year from Tesla that Top Gear had similarly offered a less than accurate representation of its Roadster electric sports car.

Equally predictably, Top Gear executive producer Andy Wilman responded with a mealy mouthed defence of the review, insisting that it did not matter that the car was not fully charged when they set off as they were just trying to make the point that the battery would run out and the charging infrastructure is currently insufficient to make electric cars an attractive option for motorists.

All of which adds up to little more than a proverbial storm in a teacup and will fortunately have a minimal impact on the take up of electric cars.

Fans of green cars are wasting their time complaining about the fairness or otherwise of Top Gear reviews. The programme may be hugely influential, but it is a comedy show first and last (and a rather amusing one at that, which, with its libertarian conservative world view offers an effective counterpoint to the obvious left leaning bias of the BBC's various comedy panel shows).

This is a show that has demonstrated the versatility of a small city car by involving it in a military beach landing exercise, or underlined the durability of second hand cars by driving them across a desert. It was utterly inevitable that, in reviewing an electric car, they were going to let the battery run out in a remote provincial town.

Proper car reviews are reserved for the gas-guzzling sports cars the hosts so transparently fetishise; supercars which, by the way, rarely leave the Top Gear test track, no doubt because to use them in a world of speed bumps and car parks serves only to highlight the fact that they are just as impractical as any electric car.

However, what is interesting about the criticism levelled at electric cars by Clarkson and his many acolytes is that they make a basic category error that, unless addressed, could undermine the long-term adoption of electric cars.

The simple fact is that electric cars are not cars, at least not in the sense that many people understand the term. They are something different, something better in my opinion, but definitely something with fundamentally different functions and applications.

A conventional car and an electric car are both cars in the same way that an iPad and a PC are both computers. They both share many characteristics, but they are fundamentally different devices with different strengths and weaknesses. A PC is pretty useless for mobile and seamless internet browsing, just as writing a 5,000 word essay on an iPad would be a thankless experience.

Equally, with fuel costs soaring, urban air pollution leading to tens of thousands of premature deaths a year, and carbon emissions edging the world ever closer to catastrophe, electric cars are a better form of transport for planned urban commuting than a conventional car. In contrast, if you want to drive from the Top Gear test track to Cleethorpes via Lincoln, you should probably still use a standard internal combustion engine.

The problem for electric car manufacturers is that they need to find a snappy way of getting this message across without talking down their product. From a marketing perspective, ditching the word 'car' in favour of 'mobility solution' would be the kiss of death, while explaining in a succinct fashion that electric cars are a fundamentally new transport category is a difficult trick to pull off.

Somehow, though, supporters of green cars need to make it absolutely explicit that electric cars are not better, but different.

In their current guise they are designed entirely for urban and suburban environments, and should be used for relatively short and predictable journeys. They are for commuting, doing the school run, going to the shops, visiting friends in the next town. They are not for road trips (keep an eye on BusinessGreen this week, as Will Nichols tests the Leaf against its stated goal of becoming the perfect vehicle for urban commuters).

Electric vehicles are a means of cutting fuel bills, carbon emissions and urban air pollution at the same time as ushering in a new model of car ownership where families replace their second cars with electric cars, or individuals use their electric car day to day and then use a hire car or car club for weekend jaunts.

Electric cars are obviously still too expensive to break into the mainstream, and Clarkson is entirely right (you don't get to say that too often) in pointing out that concerns remain with the batteries.

But they will get better and cheaper over time and even these first-generation models are highly effective, as long as people understand that they are not a like-for-like replacement for conventional cars. They are something entirely new, and as such Top Gear fans and lovers of engineering everywhere should welcome a remarkable technological feat. 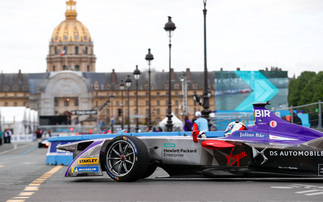 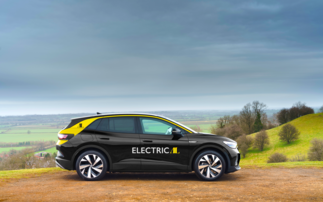 Addison Lee revs up plans for fully electric fleet by 2023