The perfect solution to global warming - a nuclear winter

The Sceptic Tank is a big fan of geo-engineering on the not unreasonable grounds that it allows him to envision a future involving giant space mirrors.

Whether it is reflective satellites, artificial trees, man-made clouds or carbon absorbing algal blooms, the tank is a big fan of anything that sounds like it was dreamed up by Dr Evil.

However, he is slightly concerned scientists may have gone a bit too far in their attempt to identify technologies that will help reverse global warming after research from NASA concluded a "small" nuclear war would spark "unprecedented" global cooling.

According to reports in National Geographic last month, NASA climate models looked at the impact of a regional nuclear war, involving just 0.03 per cent of the world's nuclear arsenal (ie. 100 Hiroshima-size bombs), and concluded it would kick up so much soot into the atmosphere that average global temperatures would fall by 1.25 degrees centigrade for two to three years, and still be half a degree cooler a decade later.

The Sceptic Tank has studied the implications of this research carefully and has concluded that on balance a low-carbon economy is probably a preferable way of tackling rising temperatures.

SSE and Marsh Wind move to save Skykon turbine plant

The key green challenge in 2021 is scale: How do we help more businesses take climate action?

After net zero, we will need to go much further and clean up historic emissions

Overlapping climate and nature crises must be tackled in tandem, UN panel warns 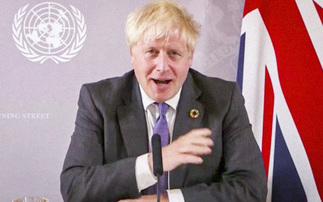 The Prime Minister's proposal for a modern-day green Marshall Plan has a huge amount to recommend it, but can he really build a coalition to deliver such ambitious investment while cutting Overseas Development Aid?