There is no doubting that Channel 4's new sustainable fish campaign is a powerful piece of polemic, a great piece of television, and a shining example of public service broadcasting. What is less clear is whether it can achieve any sort of meaningful reform without addressing the underlying problem of over-consumption.

Kicking off the season of programmes last night, Hugh's Fish Fight, fronted by TV chef Hugh Fearnley-Whittingstall, offered a much-needed insight into the insanity of the EU's Common Fisheries Policy, shining a light on a scandal that affects us all.

For those who missed it, the EU's system of quotas currently means around half of the fish caught by fishermen are thrown back into the sea dead as "discards", damaging fish stocks and wasting millions of tones of fish every year.

The system works by giving fishermen different quotas for different types of fish based on scientific data on the health of fish stocks. So, for example, a trawler may be able to land 10 tonnes of cod and 10 tonnes of haddock. The problem arises when one of those quotas is met. A trawler that has landed all the cod it is allowed but only half of the haddock cannot afford to simply sit in port and will instead continue to fish in an attempt to meet all its quotas. The net result (pun intended) is that any cod caught in the pursuit of other types of fish is thrown back into the sea dead. As Hugh's Fish Fight amply demonstrated, these discards can amount to upwards of half the fish caught by some trawlers.

The fishermen on the show were understandably distraught about the situation, as was the UK's new fisheries minister, Richard Benyon – but no one seems to have any idea how to solve the crisis.

Fearnley-Whittingstall worked himself and his audience up into a fearful rage, repeatedly explaining how the quota policy is leading to ridiculous levels of waste. But the only suggestion of a solution came from one fishermen who argued that the industry should be allowed to land everything it catches but have limits placed on the number of fishing days. The minister, meanwhile, offered only vague promises that the UK would push for a new sustainable fishing regime when the Common Fisheries Policy comes up for review in 2012, without providing any details on what that regime would look like.

Another fishermen suggested that if they were allowed to land the 50 per cent they threw overboard, they would be able to halve the amount of time they spend away from their families out at sea. Maybe I'm being cynical, but I'm not sure this would be the case for every boat. Plenty of fishermen would sell what they caught and head back off out to sea to land more – it is that, after all, which got us into this mess in the first place.

The Common Fisheries agreement is obviously an appalling piece of policy and a prime example of how legislation developed in the ivory towers of Westminster and Brussels can go badly wrong in practice.

However, while the tabloids may enjoy holding "faceless Brussels bureaucrats" to account for this scandal, it is worth remembering that no one ever sits down with the goal of developing an ineffective policy. The system of quotas was developed because decades of chronic over-fishing threatened, and is continuing to threaten, the very existence of many European fish stocks. Fishermen may insist stocks have now been replenished and the crisis averted, but according to scientists these improvements have been modest and patchy – many of our most popular fish remain under serious threat while entire marine ecosystems are on the brink of collapse.

Equally, finding a workable solution to the discards scandal is extremely challenging. Allowing fishermen to land everything they catch while limiting the amount of time they fish appears an attractive answer to the problem. But there is a reason this approach was not adopted in the first place – limiting the number of days trawlers can spend at sea would simply tilt the market in favour of those operators capable of using the largest imaginable nets to land as many fish as possible in the shortest possible time. Such an approach may still be better than the wastefulness that results from the current policy, but it would need plenty of safeguards and robust policing to avoid further unintended consequences.

It is to be hoped Channel 4's season of programmes leaves a lasting legacy, securing reforms to the current policy and, as importantly, encouraging consumers and retailers to diversify the types of fish they buy in order to reduce pressure on struggling species. It is also hugely encouraging that Tesco has already acted this week to beef up their sustainable fish policies in response to the show.

But it is highly unlikely that the series will address the fundamental problem at the root of the fisheries crisis, the reality that commercial organisations are rarely allowed to address: sometimes you just have to consume less.

The fishing industry and policymakers can do everything in their power to better manage the supply of fish, but they will face an uphill struggle to deliver meaningful results unless something is done to address the unsustainable levels of demand. There are not many parallels between fish and the drugs trade, but it is worth noting that people will always find ways to circumvent the rules to deliver a product that people want.

It is hard to see where the answer lies. People are not going to stop eating fish (nor should they, given its health benefits), farmed or GM fish comes with its own environmental concerns, and there is little sign globally that regulators are willing to deploy draconian measures to bring a complete halt to over-fishing.

For the wider economy, the fishing industry is providing a prescient case study on what happens when a sector fails to embrace sustainable business models and pushes up against natural resource limits. Fishermen are sadly proving what environmental economists have been warning for years: a market cannot deliver indefinite growth on a planet of finite resources. Every industry needs to identify ways to deliver genuinely sustainable business models that do not over-exploit the natural capital on which they are based, or risk ending up like the global fishing sector: endlessly trawling the oceans, constantly trapped between failing policy interventions and a dwindling resource. 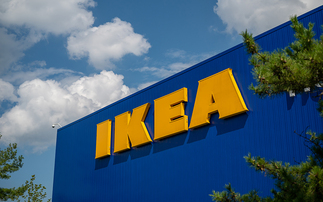 IKEA wants to make furniture buyback permanent in the US