Why carbon pricing won't work - and what to do instead

Putting a price on carbon emissions will have limited environmental benefits and will not drive the level of technical innovation required to tackle climate change.

That was the message for delegates at the close of the Tyndall Centre's inaugural conference on financing green technology earlier this week as Dr Jonathan "Jack" Frost of Johnson Matthey Fuel Cells argued that, regardless of more recent difficulties with emission trading schemes, carbon pricing initiatives had a history of failing to deliver environmental benefits.

Frost said that in the UK there was already a price on carbon emissions in the form of fuel duty. It equates to a charge of £750 per tonne of carbon, while even in the US a tonne of carbon emitted from your car will cost you around £100. These charges had been in place for over 20 years and were meant to drive innovation in vehicle design to improve fuel efficiency and reduce reliance on volatile fuel imports. "If pricing carbon is supposed to drive innovation, this should have done it," he observed.

And yet the fuel economy of cars over the last 25 years has shown little improvement, he argued, despite this large carbon tax. Engines have improved sufficiently to have delivered efficiency improvements of 30 percent, but these savings were instead invested in enhanced performance and improved safety in the form of heavier cars.

"Another example is that it is always cost efficient to build energy efficient systems into buildings, but do we don't do it," he said. "These are straightforward investment, but it is just not important to many companies." As Frost observed a bank with a turnover of billions is just not going to be interested in the cost of heating and lighting its buildings even if putting a price on carbon caused that cost to double or even treble.

Frost argued that these scenarios were evidence that carbon pricing alone would not stimulate the innovation needed to deliver green technologies. "The market, the best mechanism we have for setting prices, hasn't been able to set a price on carbon due to externalities, but we seem to think we can set a price that'll work – it's quite an arrogant position," he said.

However, Frost insisted that while the benefits of carbon pricing may have been overstated there was one thing governments could do to drive clean technology innovation, and that was to deliver a market.

He said that firms would invest in innovation and deliver low carbon technologies if they were more confident there was a market for their new inventions.

He cited the catalytic converter as a prime example of government driving innovation by guaranteeing a market. "When the US introduced clean air legislation in the 1970s many engineers said that cleaning up emissions from cars was impossible, but the legislation was passed anyway and new technology was invented in the form of the catalytic converter," he said. "Since then targets for clean air have kept coming down and there has been a thousand-fold reduction in emissions. There was no extra cost and no government subsidy, but there was a guaranteed market for the technology."

He argued that such bold legislation was the best hope of delivering low carbon technologies. "If you went to your board and said you had an idea for a product that was dependent on the price of carbon being high in eight years time they'd tell you to get lost," he said. "But if customers have said "I'll buy it if you make it" it completely changes the investment decision as you know there is a market."

The Australian government has just delivered such a market to manufacturers of energy efficient light bulbs, banning all incandescent bulbs by 2010 – a move bound to stimulate investment in the technology.

However, with many governments apparently unwilling to deliver such stringent legislation, Frost argued that similar success could be achieved if the public and private sector used its purchasing power to demand greener products, something that is beginning to happen.

"If you tell a firm that you want something that meets low carbon specs and you'll buy it if they build it then they will back themselves to outperform their rivals and deliver that product," he said. "It will make engineers think about carbon in the design agenda, which is something that has never really been done before."

Dimitri Zenghelis, who worked on the Stern Report, agreed that carbon pricing alone would not prove sufficient to halt global warming, but advocated a different approach, arguing that direct investment from governments was now required if we are to stabilise atmospheric carbon levels below 550 parts per million – a scenario that he warned would still result in serious levels of warming.

"Many of the technologies required to decarbonise our economies don't yet exist and the private sector will not take the risk to develop them even in a world with carbon pricing," he said. "There is going to need to be help from the public sector, particularly in putting on the large scale demonstration projects for new technologies."

Either way it seems that the confidence our leading politicians have in carbon trading schemes is not shared by everyone and if we are to stimulate innovation in clean technologies far bolder moves may well be required. The government's new strategy is high risk and financially underpowered, but it still represents a massive boost for the green economy and may yet deliver on its enormous promise 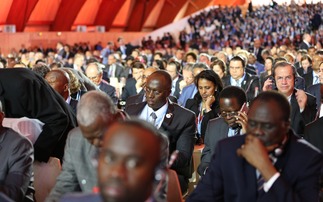 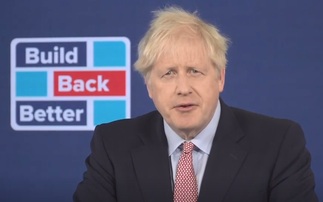