Are rich countries dodging their promises under the UN Sustainable Development Goals?

Report suggests the world remains far off track to meeting the SDGs, with high income countries particularly failing to give budgetary backing to pledges

It is almost five years since the world first agreed to implement the 17 UN Sustainable Development Goals (SDGs) by 2030, yet despite nearly a third of the allotted time for achieving the targets having passed, not a single country is currently on track to meet them.

That is the core conclusion of the latest annual Sustainable Development Report, which assesses global and national data across all 193 UN member states to produce an index of each nation's progress and current trajectories towards the SDGs.

Targets focused on climate action, undersea, and land issues are the biggest areas of concern, according to the report. And while governments talk a lot about the Goals, they are still not investing enough in meeting them, with richer countries particularly at fault.

Drawn up by the UN's Sustainable Development Solutions Network (SDSN) and the Bertelsmann Stiftung foundation, the new report urges policymakers around the world to turn their commitments into concrete, long-term actions.

Aart De Geus, Bertelsmann Stiftung CEO, said that while some countries are moving slowly forward with SDG-focused policies, they are still far from delivering the major transformative change needed to achieve the targets by 2030.

"There is not much left of the historic promises made four years ago," he said. "We have to breathe life into the UN goals and transpose them into concrete measures. Poverty and unjust educational opportunities do not disappear by lip service, but only by action."

It is far from the first time alarm bells have been sounded on inaction towards meeting the SDGs, which the UN estimates will require global investments of between $5-7tr each year up to 2030.

In February the International Chamber of Commerce and Britain's largest business body, the CBI, jointly called on the UK government to help develop a "clear, joined-up strategy" to accelerate sustainable finance activity towards meeting the SDGs.

Similarly, companies around the world have welcomed the certainty for investment and long-term planning provided by the SDG agenda and many have sought to build their business strategies around the 17 Goals. But in January last year research from PwC suggested most corporates are yet to "meaningfully engage" with the SDG agenda, with many companies cherry picking goals aligned with work already underway within the business.

Despite the warnings on the lack of progress and the failure to seize the significant social and economic opportunities that should result from achieving the SDGs, progress at the national and international level remains sorely lacking, the latest SDSN report suggests.

Released last week it highlights Climate Action (SDG 13), Life Below Water (SDG 14), and Life on Land (SDG 15) as three specific targets for which progress is most lacking at a global level, with countries particularly failing to take adequate action on agriculture and soil pollution.

As in previous assessments, the top performing countries were all in the Nordic region, with Sweden, Denmark, and Finland having met three quarters of the requirements of the UN goals. The entirety of the top 10 are in Europe, with the UK ranked at number 12 despite not having managed to obtain a single 'green rating' indicating it is on track to meet any of the Goals.

At the other end of the scale, meanwhile, poorer countries dominate, partly due to the SDGs' focus on extreme poverty and access to basic services and infrastructure. As such, the Democratic Republic of Congo, Chad, and the Central African Republic ranked lowest among the countries assessed in the Index.

However, the report also shows that while high-income countries generally performed better in the index, they tended to generate major negative environmental and socioeconomic "spillover effects". The index points to internationally networked industrialised nations such as Luxembourg, Singapore, and Switzerland as among the biggest drivers of negative environmental or socioeconomic costs elsewhere in the world as a result of demands from their domestic economy.

These impacts can include causing deforestation as a result of palm oil and other commodity demands across supply chains abroad, or the use of tax havens that undermine other countries' ability to raise public revenues. One particular issue of concern raised in the report is richer countries' system of importing goods and services from poor countries with lower labour standards and high numbers of fatal accidents at work, for example.

In other words, industrialised countries play an "ambivalent role" in implementation of the SDGs, SDSN argues. On the one hand, they are generally closest to achieving the Goals, but on the other they "hinder global implementation by incurring environmental and economic costs for third countries due to high living standards and consumer preferences", explained Dr Christian Kroll, senior expert at the Bertelsmann Stiftung and lead author of the report. "The living standards and consumer preferences in industrialised countries often incur costs in third countries," he added.

Moreover, higher income countries are also often "poor role models", the report states. Apart from SDG 1 (No Poverty) and SDG 4 (Quality Education), the G20 countries in particular are responsible for around half of the implementation gaps in achieving the Goals.

Kroll said G20 countries had a decisive role in making a success of the 2030 SDG agenda. "This includes financial support, for example through development aid," he said. "However, out of the G20 club, only a few countries have given the 0.7 per cent of GDP as required by the UN for development aid."

Perhaps the most telling indication of rich countries' attitude to the SDGs is the lack of cash committed to the Goals. Of the 43 G20 countries and emerging economies surveyed, only 18 have explicitly mentioned sustainability targets in their national budget plans, according to the report, with just Bangladesh and India having expressly provided funds to implement the goals.

Yet the economic and business incentives for firmly backing the SDGs could scarcely be clearer. As the report points out, businesses which fail to engage with the SDGs face "substantial risks" to their operations if environmental, social, and regulatory impacts spiral beyond their control, while those which do position the Goals at the heart of their strategies could gain significantly through new opportunities. The Business and Sustainable Development Commission, meanwhile, has estimated that at least $12tr of market value could be unlocked each year if the SDGs are realised by 2030, creating more than 380 million jobs in the process.

With little over a decade left to realise the 17 Goals, countries must urgently step up the pace of change. Hopes are high that an upcoming UN summit on the SDGs in September can help spur more action from governments. After all, companies, governments and civil society all need to work together closely to help realise a more prosperous world. But as the report points out, market forces alone will not achieve the SDGs. "Instead directed transformations are needed to develop the technologies, promote the public and private investments, and ensure adequate governance mechanisms needed to achieve the time-bound goals," it concludes. "Such directed transformations require careful design to ensure technical feasibility and efficient investments, promote policy coherence, and ensure buy-in from all parts of society."

Report: Almost $31tr in global GDP at risk of disruption from nature-loss in cities 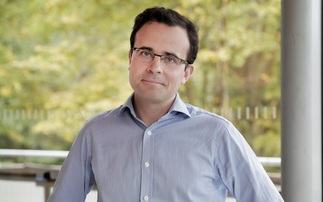