President Barack Obama's Clean Power Plan offers concrete evidence that the US is serious about getting to grips with its greenhouse gas pollution. Unveiled to great media fanfare at the White House, the regulation is designed to cut carbon dioxide emissions from US power plants 32% below their 2005 levels within the next 15 years. It is certainly an ambitious move by Obama, keen to be remembered for doing more to save the planet than any president before him when he leaves office next year. And it must give some hope for the Paris climate talks later this year.

There are also other signs that the tide is turning in the global effort to tackle climate change.

When Norway's US$890bn (796bn euros) government pension fund - the world's biggest sovereign wealth fund - recently announced plans to sell off most of its investments related to coal, it continued something of a trend for de-risking portfolios with a low-carbon future in mind.

The previous year, the heirs to the fabled Rockefeller oil fortune, who control around US$860m (€769m) in assets, set a precedent when the Foundation withdrew its funds from fossil fuel investments as part of a wider divestment movement involving 800 global investors promising to remove US$50bn worth of support over the next five years.

It is a situation - reinforced by the Bank of England investigating whether or not fossil-fuel industries pose a threat to the stability of the capital markets - that is forcing companies to re-think their longer-term business strategies. Despite the politics of climate abatement slowly showing signs of alignment, it is this focus on corporate risk - rather than political promises - that seems to have captured the imagination in driving carbon reduction in the business world.

However, a renewed consideration for the long-term might well be in vogue, but progress by companies to address their environmental and social impact is still slow. In a post-two degree world, certain crop yields in the US, India and across Africa are expected to decrease by up to 30 per cent; up to 30 per cent of animals and plant species could face extinction; and 30 per cent of the annual sea ice could be lost in the Arctic. If you think about what's required to avoid these scenarios (as described by the likes of the World Bank and National Research Council), we not there yet - not by a long way.

It's time for companies to look beyond their own operations and consider the wider impact of their business and look at the entire system that sits beyond their own boundaries. By looking along the value chain of suppliers, manufacturers and raw material providers at one end, and customers and consumers at the other, businesses can get a broader view of the risks - and work towards addressing the materials, water and energy being wasted across sectors.

Just 15 per cent of AkzoNobel's total environmental footprint lies within our direct control. So, through our Planet Possible strategy, we aim to work more closely with both our suppliers and customers to find new ways of reducing our overall impact. By 2020, we want our entire value chain to be between 25-30 per cent more efficient.

Central to this is helping our customers be more efficient. For example, our biocide-free coatings prevent organisms from clinging to the hulls of ships, helping shipping companies travel faster, use less fuel and produce less emissions. Our Rediset additives enable asphalt to be laid without the need for high-temperature (high carbon impact) mixing. And our Dulux Weathershield KeepCool, an exterior paint which can reflect up to 85 per cent more infrared radiation than traditional exterior paints, is helping to reduce energy use in buildings by up to 15 per cent.

By working in partnership with others, it's a lot easier to unlock some of the solutions that are required in this emerging low-carbon, resource-constrained world. Right now, as part of the Together for Sustainability initiative, our chief procurement officer - along with his contemporaries from BASF, Bayer, Evonik, Henkel, Lanxess and Solvay - are exploring ways to build a chemicals industry standard for sustainable supply chains based on current best practice across the sector.

Elsewhere, we are part of a major Dutch consortium exploring how we might use household waste as a feedstock for our chemical plants. We're even looking into the possibility of producing chemicals from beet-derived sugar feedstock - again, working with others.

But enhanced collaboration demands new types of relationships that move beyond the traditional, purely transactional supplier relationships that companies are most familiar and comfortable with. These new partnerships must be based on transparency and trust - and the sharing of costs, risks and benefits.

AkzoNobel, and other leading companies, are proving that limitations to the world's resources and a changing climate do not have to limit ambition and imagination as we strive to do more with less. We have also realized that many of the world's biggest challenges cannot be solved alone. But working with others doesn't have to be daunting. After all, you never know where innovation will come from - even the White House.

Paris INDC map: Who's pledging what? 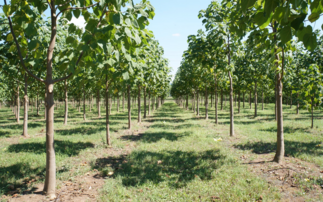 Four plantations to be dominated by fast-growing Paulownia tree, which is estimated to store up to 10 times more CO2 than mixed woodland 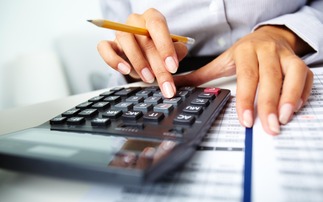 Reflections on COP26: Circular carbon must be part of the solution to climate change

The world must build up its use of renewable and recycled carbon by 2050 in order to hit climate goals, explains Unilever's Peter ter Kulve