At Honeywell, we recognise that there are three main ways to reduce energy consumption:

And it's the last point that many people really miss, bacause controls are essential in order to make any of these measurements effective. Whether considering insulation, high-efficiency boilers, LED lamps or microgeneration, controls such as a simple thermostat are required to get the best out of them. If the correct controls are not in place, the potential benefit of the measure will not be achieved but the same installation cost will be incurred.

We believe that the Green Deal has to encourage the adoption of controls or services that ensure the correct fitting of controls in conjunction with any waste reduction, demand reduction and energy efficiency measure considered.

Controls are proven, cost effective technology and have been recognised for some years under other elements of government policy. They can be installed in homes and businesses in a short time and with little intrusion.

In the home, simple to use controls can make a central heating system, which on average accounts for 60 per cent of domestic energy use, far more efficient than it otherwise would be. Wireless controls in particular can significantly reduce installation time and disruption.

In buildings, wired or wireless controls can similarly be installed to reduce heating and lighting demand. And by linking these control systems further, behavioural energy demand can be reduced. It's simple stuff but very effective.

With consumers facing higher energy bills this year, there is an understandable focus in the media on switching energy suppliers to reduce bills. But this is just one weapon in the arsenal consumers have in the fight to cut domestic energy expenditure.

We recently produced a study which said that really simple measures such as buying a thermostat for about £150 can reduce a household's energy bill by £10 a month. Incredibly, despite the money and energy that can be saved by installing one, more than nine million UK homes, or one in three, do not have a thermostat.

By simply installing a thermostat, the average UK household could save 2,465kWh energy a year, the equivalent of powering three and a half personal computers for the entire year, or 22 set-top cable/Freeview boxes.

It's the equivalent of roughly 65 gallons of petrol per household per year, on which each household in the UK could drive twice from London to Edinburgh and back.

In addition to these savings, 14 trees would have to be planted and allowed to grow for 10 years to absorb the CO2 for each year that a home does not have a thermostat.

We support the Green Deal as a vital initiative that will help reduce energy demand in homes and offices. But it's vital that the government focuses on as many aspects of energy demand reduction as possible. Controls, in whatever form, need to be part of the solution. 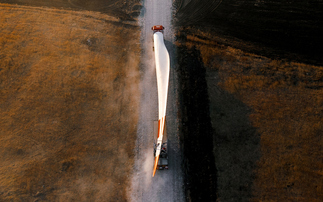