Last week's debates on the Energy Bill's during its House of Commons committee stage were characterised by Government u-turns and mixed messages.

On Tuesday, climate change minister Greg Barker started the day by pledging that the Green Deal would be transformational for small businesses and that the government would link the Green Deal to emissions targets.

By the end of the day he had voted down Labour plans to guarantee small businesses access to the Green Deal market and reduce their admin costs and asked us to withdraw our Warm Home amendment.

Labour's vision for the Green Deal is one where small businesses, co-ops, charities and social enterprises are able to compete alongside the big energy companies and supermarkets that want to take part in the scheme.

By rejecting our plans he's left the two million small businesses he pledged to help with warm words and empty order books.

Greg followed this up by indicating the government would not support Labour's Warm Homes Amendment when it is voted on this week. The amendment would explicitly commit the Green Deal to reducing the UK's carbon emissions and meeting fuel poverty targets and require a clear government strategy for achieving these aims.

Last Wednesday's news from the CBI's climate change tracker shows that the UK is set to miss its climate change targets, attributed to ministers having damaged business confidence. This demonstrates why urgent, decisive action is needed.

By linking the Green Deal to emissions targets and providing a clear plan ministers can give businesses clarity about the scale of the scheme and provide market certainty. Without cementing business confidence the market led Green Deal won't get off the ground.

While this measure was debated last Tuesday it won't be voted on until near the end of committee stage, giving Greg some time to reflect and hopefully change his mind.

One thing he certainly seemed to reflect on was Labour's plan for Green Deal apprenticeships. We proposed that the Government should set up an apprenticeship scheme alongside the Green Deal, ensuring that the required skills needed to meet future demand can be developed as the scheme grows.

On Tuesday, despite agreeing with the need for training and skill development to be part of the Green Deal he asked that the amendment be withdrawn. Thanks to parliamentary procedure the proposals weren't voted on until Thursday, by which time Greg had a change of heart and abstained allowing the measures to pass. One of the quickest u-turns in political history or an apprentice Whip still learning his own trade?

The focus of the committee this week will be on fuel poverty as we examine the Bill's provisions for the private rented sector and the new Energy Company Obligation (ECO).

Following energy price increases announced by Scottish Power last week, and similar anticipated rises from the rest of the ‘big six', by the time we reach winter there is a real danger UK fuel poverty levels will dramatically rise.

In order to prevent this Labour has proposed that it should be illegal to rent energy rated F and G rated properties after 2016 and that the extra support in the ECO should focus support on fuel poor houses. By improving the energy efficiency of their properties, fuel poor households can drastically reduce their energy use making their bills easier to meet.

Urgent action is needed. Last week a report by the Institute for Fiscal Studies found that all retired households raised fuel spending by seven per cent during cold snaps. The poorest 25 per cent of these households also cut their food spending by the same proportion.

Just before the general election energy minister Charles Hendry wrote, "A Conservative government would move swiftly to introduce our policies which will truly eradicate fuel poverty once and for all."

It's true this government has moved quickly. Unfortunately it was to reduce support for the fuel poor rather than increase it. In less than a year the Government has scrapped Labour's Warm Front Scheme, which provided over two million homes with 21st century heating and cut winter fuel allowance by up to £100 - something David Cameron promised he wouldn't do. For the first time in 30 years this country will not have a Treasury funded scheme.

Chris Huhne has said the Green Deal will be "the most ambitious energy saving scheme since the Second World War". Bill committee stages are crucial in turning policy rhetoric into legislative reality, a time for ironing out weaknesses and avoiding potential pitfalls.

After a week in which minsters have rejected improvements and changed little, the remaining sessions are now make or break for the Energy Bill. 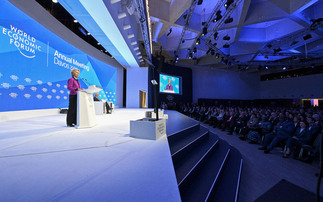 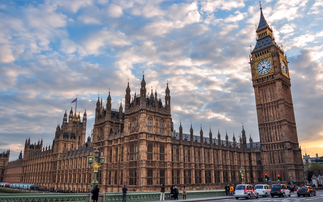 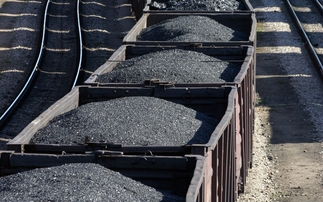