Ambitious corporate-NGO partnerships will benefit business, the environment and the economy

To halve emissions by mid-century, we need to kick-start a clean industrial revolution. The challenges climate change poses to the way we live and work are so large and complex that only by forming new partnerships - on an unprecedented scale - will we able to successfully understand them, find practical answers and mobilise the resources to required to implement them.

Government at all levels, businesses, NGOs, academics and wider civil society must find radical new ways to collaborate. Individuals and organisations must show leadership if those partnerships are to drive ambition and opportunity, and not get bogged down in arguments over burden-sharing.

In 2007, HSBC took a genuinely ground-breaking step when, together with four NGOs, it launched the HSBC Climate Partnership. It was eye-catching in its ambition; in its scale ($100m remains the largest single corporate donation ever received by each of the NGO partners); and in its emphasis on building new, impactful collaborations.

The Climate Group was then a two year old 'new kid on the block', delighted to be chosen to join the Partnership along with three long-established organisations - WWF, Earthwatch and the Smithsonian Tropical Research Institute. The partnership fundamentally transformed our ability to work at the highest level with those governments and businesses that together can kick start a 'Clean Revolution'. It enabled us to open offices in China and India, build networks in Europe, North America and Asia, and launch clean technology programmes in 12 cities worldwide.

The good news is that many of the clean technologies we need to tackle climate change already exist. Thanks to the Partnership, we have programmes underway from Kolkata to New York and Tianjin to London to speed commercialisation of low carbon street lighting, electric vehicles and the application of smart information technologies to energy systems. Together, these technologies could cut global emissions by 15 per cent by 2050.

The first phase of our 'LightSavers' programme is partnering nine cities to trial outdoor LED street lighting. The trials are generating data which, in the second phase, will provide politicians, officials and investors with the information they need to understand the best way how to scale up deployment. Early results indicate energy, emissions and cost savings of between 50 and 70 per cent.

The challenge to cut global greenhouse gas emissions will be won or lost largely in the cities of emerging economies like China and India. Political commitment to low carbon development in those countries is growing, and in our own network of corporations, cities, states and regions we have seen greater appetite to understand policies that have worked elsewhere in the world, and a greater desire to work more closely with technology and finance providers to unlock low carbon opportunities.

In China, the Partnership has enabled us to recruit corporate members, build high-level relationships within the Chinese government and publish the 'China Clean Revolution' series of reports - detailing the policies and actions being implemented on the ground.

In just four years, The Climate Group has become one of the most influential actors promoting collaboration between government and business leaders in China. For the first time last year, in Cancun, a delegation of Chinese climate experts, NGOs, regional officials and city leaders attended UN climate talks. They were there to explore low carbon growth opportunities with business and political leaders from around the world - a dialogue facilitated by The Climate Group.

Critically for the success of the Partnership, HSBC - one of the world's largest banks - is an active member, and recognises the strategic importance of climate change to its business, both as a risk and an opportunity (the bank's research indicates that the low-carbon energy market will triple to US$ 2.2trn by 2020).

Earthwatch and HSBC have together involved 40,000 of HSBC's staff worldwide in climate change-related research and volunteering projects. In some of the bank's most important markets, the Partnership - led by WWF - is working with government and communities to clean up vulnerable rivers like the Yangtze and the Ganges on which many millions of people depend for their livelihoods. Meanwhile the Smithsonian Tropical Research Institute is carrying out the world's largest research programme on how forests and climate interact with critical lessons for how forest management can reduce climate change, and protect specific regions like the Panama Canal through which five per cent of world trade flows.

The HSBC Climate Partnership should be applauded for the real-world climate action it is delivering on the ground, and - as we come to terms with the new realities of climate change - for demonstrating that leadership coupled with ambitious, dynamic collaboration are two of the most vital ingredients to unlocking the Clean Revolution we need to safeguard our environment and our economy.

Mark Kenber is chief executive of The Climate Group

The Climate Group is an independent, not-for-profit organisation working internationally with government and business leaders to advance the smart policies and technologies needed to cut global emissions and unlock a clean industrial revolution. Its global coalition of companies, states, regions and cities around the world recognise the economic and environmental imperatives of taking decisive action now. The Climate Group was founded in 2004 and has operations in Australia, China, Europe, India and North America.

The GOP is moving in for the kill, business must defend the EPA 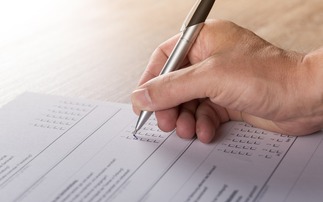 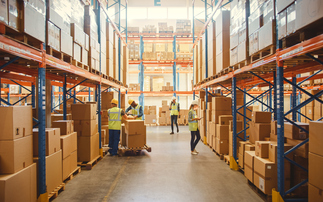 World Benchmarking Alliance: 99 per cent of leading firms are failing to be socially responsible