The process sees natural gas supplied to a fuel cell. About half the chemical energy is converted into electricity and the remainder into heat, which is used to thermally decompose limestone (CaCO3) into lime (CaO) and CO2.

The system is configured so that all of the CO2 produced is pure. The pure CO2 can then either be used or stored underground. Meanwhile, the lime is used industrially and in being used it reacts with CO2 from the air at ambient conditions to safely store further CO2.

Origen Power says the overall process is carbon-negative - there is less CO2 in the air at the end of the process than there was at the beginning.

The company calculates that typically if you use natural gas to generate electricity it results in emissions of about 400g of CO2 per kWh. But the new process is said to shift the emissions intensity of the resulting power down to minus 600g of CO2 per kWh.

Origen Power says it has two granted patents on the process and in addition to its carbon negative energy plant it is also developing a direct air capture plant capable of removing half a million tonnes of CO2 from the air per year.

The firm predicts that both of the technologies have significant potential to transform the UK into a net zero economy. 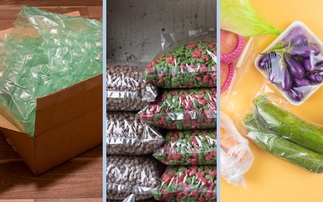