The EU's new 'Fit for 55' decarbonisation package is far from perfect, but it is still an historic step forward for global climate action

There's a lot of entirely understandable doomism around at the moment. Maybe it's the deadly North American heat wave or the news the Amazon is now a net source of emissions. The decision by the government hosting COP26 to cut Overseas Development Aid at precisely the same time as it is calling on other governments to increase overseas climate funding certainly hasn't helped, especially when such decisions could yet spark a diplomatic disaster of planet-boiling proportions. Tropical downpours and flash floods in West London only add to the apocalyptic atmosphere created by surging covid cases and streets and social media feeds bulging with violently criminal and racist football 'fans'. Throw Richard Branson into the mix with his carbon budget-busting attempts to fly into not quite space, and the sense of despair is palpable.

But while the scale of the climate challenge must never be understated, it is also vital to recognise when progress is being made.

Yesterday was a quietly remarkable day in the global effort to avert a climate disaster.

First up, the UK's Transport Decarbonisation Plan sketched out how the global transport industry could be fully decarbonised. The plan is not perfect - there is nothing in it that couldn't have been announced several years ago and the approach to decarbonising aviation in particular is built on the wing and a prayer of techno-optimism. Something remains very wrong when it is much cheaper to fly 250 miles than take the train, as a Which investigation highlighted yesterday. But the new plan clearly signals that fossil fuels will soon have next to no role to play in surface transport and it should help catalyse investment in the technologies that could yet deliver green shipping and aviation. This is a big deal.

Bigger still is the EU's Fit for 55 policy package, which it is no exaggeration to describe as a blueprint for decarbonising a continent. Announced yesterday, the European Commission's plan for meeting the bloc's target to cut emissions by 55 per cent against 1990 levels by 2030 is much more than a climate policy. It is an energy policy, a trade policy, a nature policy, a buildings policy, a transport policy, and, above all, a growth policy.

It also has international significance. The proposals for carbon border adjustment tariffs will spark plenty of tense trade negotiations, but they also hold out the promise of finally tackling the free-rider problem that has hampered global climate action for decades. Add in rising carbon prices, a massive building renovation programme, surging demand for renewables, a new forest strategy, and a promise to end the sale of new polluting vehicles from 2035, and this is a genuinely transformational set of policies.

The new strategy will no doubt face fierce lobbying and is bound to be watered down in parts. There are also crucial areas where it could do with being more ambitious still. As Greta Thunberg warned, the plans are still not in line with a 1.5C decarbonisation trajectory.

So it's official. Unless the EU tear up their new #Fitfor55 package, the world will not stand a chance of staying below 1,5°C of global heating. That's not an opinion, once you include the full picture it's a scientific fact.#MindTheGap between words and action.

But the package does underscore how the political, commercial, and public coalition in support of climate action is stronger than ever. Even a diluted version of these plans would force fossil fuels to the sidelines of the European economy over the next decade, providing them with no route back. A highly competitive clean infrastructure template would be established for other economies to follow, even as some developing economies move to leapfrog the fossil fuel based growth model altogether. There may still be an ambition gap, but these policies could deliver a significant step towards closing it.

Moreover, the investment signals are clearer than they have ever been. Fossil fuels may have some role to play in the net zero transition, likely through CCS and hydrogen, but compared to their 20th century dominance they are fighting over scraps. Even in the handful of industries that may yet throw oil and gas a lifeline (coal's demise is all but assured) there is a live debate over whether genuinely clean alternatives could soon enable the complete retirement of fossil fuel infrastructure. Across Europe the question facing the fossil fuel industry is over precisely how marginal it will become. A lot of polluting assets are going to be stranded. Savvy investors already recognise this fact.

The tragedy, as ever, is that these are the steps that were needed 20 or 30 years ago. The terrifying climate impacts that we are seeing unfold with now weekly regularity could yet overwhelm our efforts to tackle them. But this vital work is finally gathering pace. As Commissioner for Economy Paolo Gentiloni observed yesterday, "this is the ultimate now or never moment". It is time to shake off any understandable feelings of of despair and choose now. 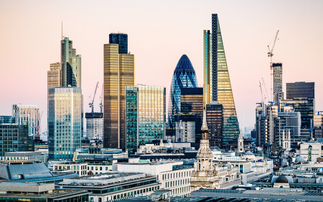 'We need the full backing of central governments': 350 cities and firms call for climate action support 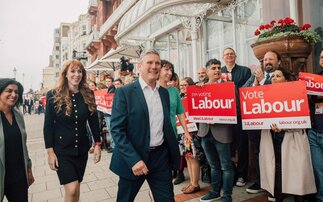 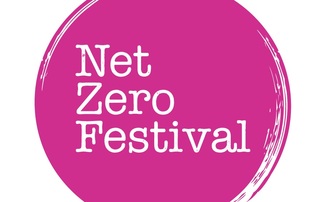 The Net Zero Festival kicks off this Wednesday bringing together over 150 top speakers and thousands of delegates from around the world to explore how businesses, investors, and policymakers can navigate the fast-accelerating