Will the magic innovation tree save us?

Amber Rudd is right to argue that innovation is critical to tackling climate change, but it will not deliver deep decarbonisation all on its own

Innovation is having a bit of a moment, both in the climate change debate and more generally.

It was implicit in George Osborne's Conservative Conference hymn to the 'builders' yesterday, which both a paean to infrastructure and a celebration of the technological innovation that will drive his vision of a productive modern UK economy. It was clear in Environment Secretary Liz Truss' speech recognising the importance of technology and science in tackling climate change and boosting food productivity. And it was even more explicit in Energy and Climate Change Secretary Amber Rudd's plan to establish the UK as a "home for energy innovation" and her assertion "the only long-term way to resolve the real tension between affordability, security and low carbon is to discover low cost, low carbon technologies".

Liebreich, in a characteristically fascinating article penned with head of gas analysis at BNEF Charles Blanchard, hailed the way technological innovation is ushering in an era of energy abundance with low cost renewables and unconventional gas battling it out for dominance. He also argues it is continued innovation by clean energy outfits that will determine whether or not we are successful in tackling climate change. "There are only two ways for clean energy to win," Liebreich and Blanchard claim. "Either demand for ample, cheap fossil fuels is choked off by legislation, driving up costs at the point of use via taxes, carbon prices or regulation - call it the Paris COP21 plan. Or else clean energy competes with fossil in the market and beats it on price, service, resilience and performance. Demand-choking legislation versus the animal spirits of innovation. I know which one I think is going to win."

Meanwhile, Butler reached a similar conclusion about the importance of innovation, albeit to argue fossil fuel divestment "solves nothing" and reach a "fairly dismal conclusion" on the continued dominance of carbon intensive energy for the foreseeable future. "To meet the growing energy needs of people with very limited financial resources without taking unacceptable risks with the climate, we have to find a technology that is both low cost and low carbon," he writes. "When it comes, that will leave some assets stranded or put to other uses. The search for that low-cost low carbon solution should be the real focus of attention for campaigners, governments and investors."

Personally, I am a massive fan of this 'innovation will save us' hypothesis. One of the best parts of my job is getting to write about inspirational technology innovations that have the potential to transform the world we live in. You don't have to be a green geek to appreciate that underwater kites for harnessing the power of the tides or high altitude kites for harnessing the power of the jet stream are pretty cool. From close to zero energy passivhouse buildings to giant floating wind turbines and power generating solar glass, clean tech innovations are genuinely inspiring.

Moreover, it is clear the argument innovation is essential to tackling climate change is unanswerable. Some environmentalists may claim we have all the technologies we need to deliver full decarbonisation of the global economy, but this is simply not yet the case. We need innovative, yet to be invented technologies, particularly in the fields of aviation, industrial processes, and lower cost energy if we are to successfully build a net zero emission economy. Innovation is, in many ways, our last best hope against catastrophic climate change. I really hope the UK does become the "home of energy innovation".

But if the 'innovation will save us' argument is so compelling, why does it make me, and so many other environmentalists, so nervous?

It is important to understand what we mean by innovation. It is a difficult to define term where the old adage about great art and cheap pornography applies: I don't know how to define it, but I know it when I see it. However, the dictionary definition of 'innovation' is 'a new method, idea, product, etc' or 'the action or process of innovating'. Consequently, the argument innovation is crucial to tackling climate change is a tautology. Doing things the way we do them now has delivered escalating climate risks, of course we need to do things differently to reduce those risks.

It is here that big decisions still need to be made by political and business leaders. For example, in her speech yesterday Rudd praised innovations in fracking technology that can be exported around the world. That's great, but as the government itself has argued fracking is a transition technology whose future is likely to be time limited by the need to deliver full decarbonisation. Consequently, it is innovations in truly low carbon technologies that should be the top priority in any innovation-led decarbonisation strategy.

If we accept not all innovation is created equal, then the next important question is how do we deliver necessary innovations? And it is here that the 'innovation will save us' argument is often found to be lacking.

Rudd's suggestion the government should be 'pro-innovation' offered little on how it can practically support the development of new technologies and business models. Despite a handful of impressive clean tech innovation programmes, the UK is notorious for spending a relatively low level of GDP on R&D and failing to commercialise those innovations it does develop. If the government is leaning towards an innovation-led response to climate change where is the comprehensive and properly funded innovation strategy?

More worrying still, those arguing for an innovation-led approach to tackling climate change all too often set up this strategy in opposition to what they seem to regard as alternative and mutually exclusive approaches.

Rudd did it yesterday, using innovation to justify the drastic reduction in subsidies on the grounds that "with solar costs continuing to fall and new innovations in battery storage, renewable energy can stand on its own two feet" (she might be proved right, but those within the renewables industry maintain they are close to being able to operate without subsidies, but not quite there yet). Liebreich and Blanchard similarly suggest innovation is more important than 'demand-choking legislation', while Butler argues it is new technology, not divestment, that holds the key to tackling climate change.

The problem with each of these arguments is they appear to assume innovation happens in a vacuum and can never fall foul of market failures - but that is simply not the case. Well-designed subsidy schemes, ideally with a large element of competition, can and have proven effective at driving innovation and pushing down renewable energy costs over time. Ambitious environmental targets and standards are not always effective, but where they are they can shift R&D dollars toward clean tech innovation and focus corporate minds on developing new ways of operating. Choking off demand for fossil fuels that do not bear the full weight of their costs can create new markets and demand for alternative technologies, which in turn helps drive clean energy innovation. Investor pressure can similarly push companies to consider long term changes in their markets and innovate to meet future demand for cleaner technologies. Badly designed policy interventions can and do strangle innovation, but well-designed measures can help drive innovation.

Most important of all it is policy measures and often subsidies, that can help deliver the innovation at scale that plays such a key role in driving down the cost of clean technologies. When we talk about innovation we tend to think about white coated scientists in the lab, but when it comes to infrastructure a lot of innovation is delivered through economies of scale and learning by doing. That means that in a world where the great market failure that is climate change continues to allow carbon intensive firms to avoid the full cost of their operations, we often need policy interventions in order to help clean technologies maximise the cost reductions they promise in the lab.

In addition, it is crucial to recognise any innovation-led approach to tackling climate change is operating up against a deadline. Delivering a carbon free energy system by 2030 could play a crucial role in avoiding dangerous levels of climate change; delivering a carbon free energy system by 2080, will be much less effective. Innovation may save us, but it does not have long to swoop in to the rescue.

And then we have to consider that even if we do innovate our way to low cost and low carbon energy, it won't necessarily rapidly replace high carbon fuels. As the experience of energy efficiency improvements demonstrate we live in a world of market failures and irrational decisions where the most logical and cost effective technology option is not always the one selected. Rudd argued yesterday that "when green is no longer associated with extra costs and subsidy, as is close to happening with solar and onshore wind, cutting emissions will be easier". She is right, it will be easier, but it still won't be easy.

Rudd was also right yesterday to argue 'there is no magic money tree' for clean energy subsidies (even if her assertion that the British public don't support a transition to a low-carbon future "at any cost" glosses over the crucial question of what cost they will support? From the NHS to Trident no policy can be justified "at any cost", the job of government is to weigh the costs and benefits and work out what is in the national interest). But there is no magic innovation tree either.

New technologies may save us from climate change, but then again they may not, they may come too late, they may even end up making the situation worse. What is required is a policy and investment landscape that recognises the inter-locking nature of regulation, subsidy, carbon pricing, investor pressure, public opinion, academic inquiry, political rhetoric, and, yes, business-led R&D in driving innovation in the right direction as quickly as possible.

Then, and only then, will we have given ourselves the best chance of ensuring the magic of innovation can save us. 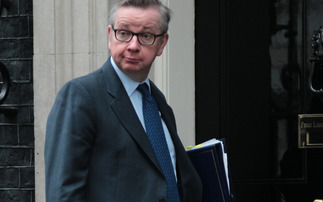 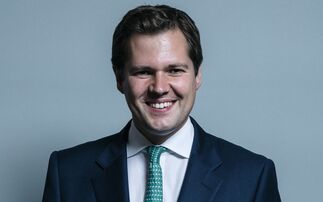 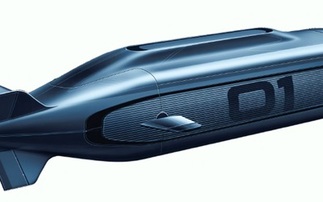