Four reasons why the UN Climate Summit was a success

What a week. So far we've seen over 300,000 people march through the streets of New York demanding climate action, and straining for a glimpse of Leonardo DiCaprio's new beard. Barack Obama and John Kerry have declared climate change is as big a threat as terrorism, and hardly anyone has protested at their sense of priorities. David Cameron has asserted climate change is one of the biggest threats the world faces, and confirmed he wants the EU to cut emissions by at least 40 per cent. China's Zhang Gaoli has pledged that the superpower will cut emissions "as soon as possible", and for the first time promised funding to help poorer nations cope with climate impacts. Francois Hollande has promised $1bn of climate funding and pledged to make development central to any Paris climate treaty. And governments and businesses have signed a new commitment to end deforestation by 2030. Meanwhile, back in Manchester, Labour leader Ed Miliband declared there was "no more important issue" than climate change, and unveiled ambitious new energy efficiency proposals.

And that is just the politicians. Business leaders have got in on the act too, the Rockefellers leading the way with their eye-catching commitment to divest from fossil fuels. Institutional investors boasting trillions of dollars in assets have demanded more ambitious action on climate change, as the World Bank has pulled together a raft of businesses and governments that want to see more carbon pricing. Unilever and a host of other consumer goods firms have made fresh forestry commitments. Barclays has promised to invest £1bn in green bonds, as Masdar has announced more than £500m investment in the UK offshore wind sector. And Google has cut ties with a right wing lobby group because it is sick of its "lies" about climate change.

All that, and it is only Wednesday.

Cynics may argue that we've seen this all before. Political and business leaders jet in for a day or two of mutual back-slapping and carbon intensive steak dinners, pledge to take bold steps to tackle climate change, and then jet out as fast as they can to return to business-as-usual. "Just remember Copenhagen," veteran campaigners counsel with a weary sigh. These observers have a valid point and it was entirely appropriate the UN summit closed with Nelson Mandela's widow Graça Machel warning the assembled world leaders that their celebrations were premature. "There's a huge mismatch between the magnitude of the challenge and the response we heard here today," she said. Amen to that.

And yet, there are four important reasons why the speeches and commitments made in the last few days mark a significant step in the right direction for global efforts to tackle climate change.

Firstly, yesterday proved the consensus in favour of global decarbonisation and the prioritisation of climate action has never been stronger. When Obama says climate change is the biggest long term threat the world faces, when Cameron declares that we 'must' have a global climate deal, when Miliband claims there is 'no more important' issue for him, they are deliberately setting a bar against which they know they will be measured. They are highlighting action that has already been taken and signaling the direction of travel is towards more climate action, not less.

There are a few anomalies in the form of the US Republican Party, the governments of Australia and Canada, a handful of Middle Eastern dictatorships, and a hardy rump of Anglo Saxon neoliberal ideologues, but the dominant political response to climate change now is a recognition of the scale of the problem and a commitment to act. Smart businesses and investors understand this, which is why they are downgrading coal firms, divesting from carbon intensive projects, and directing R&D dollars at clean tech.

One thing that has been particularly notable the past few days is the extent to which the climate dismissing commentariat has been roundly rejected as a side show, an irrelevance. The Global Warming Policy Foundation (GWPF) likes to position itself as one of the UK's most successful and influential lobby groups. Well, over the past five years, during a period when the one mainstream political party with MPs that have some degree of sympathy for its analysis has been in power, more ambitious emissions targets have been set, clean energy investment has reached record levels, an Energy Act has passed tilting the market in favour of decarbonisation, even heavy industry groups are supporting climate regulations, and the Prime Minister has declared he regards climate action as one of his top priorities. If this is success for the GWPF, imagine what failure would look like - we'd probably be living in a green utopia by now.

The UN summit provided a useful reminder that the movement in favour of action on climate change is gathering momentum fast, and there is little detractors can do about it. That is why growing numbers of the world's most successful business leaders are trying to exploit the opportunities offered by this transition, rather than attempt to stop it in its tracks.

The second encouraging development this week is the gradual realisation that the various pledges to tackle climate change are not empty rhetoric. Green campaigners are entirely justified when they say climate policy action rarely matches the oratorical commitments made by world leaders - policies rarely go far enough. But it is unfair to suggest climate policies aren't being introduced.

Obama may have disappointed his base, but he has overseen a significant reduction in US emissions, mobilised clean tech investment, and introduced new rules governing emissions from vehicles and power plants. It may not be good enough, but it is not nothing. The EU has delivered even more progress with its renewable energy deployment and its carbon market, and perhaps most significantly China has established itself as the world's largest clean tech market in double-quick time. All around the world there is an expanding portfolio of successful climate change policies that suggest global emission reductions can be delivered without harming development prospects.

Which leads to the third and most important point: for the first time the political leaders promising climate action have the cover they need. Globally, public opinion is firmly in favour of climate action, as long as it can be delivered without compromising living standards. Meanwhile, economists and business leaders are increasingly convinced emissions can indeed be reduced without undermining economic growth. The landmark New Climate Economy report is the culmination of five years of thinking that has demonstrated time and again that green growth is possible. Political and business leaders are starting to recognise the credibility of this argument, aided by the compelling evidence that clean energy costs are starting to undercut fossil fuel costs.

Unlike at Copenhagen, the real world evidence that a genuinely green economy can be delivered is emerging, giving politicians far more confidence they won't get crucified by their electorates for signing up to a green economic transition.

The fourth lesson from the past few days is, sadly, the least encouraging. There has to be a recognition that none of the policies and pledges being put forward goes far enough. Global emissions keep rising and climate risks keep escalating. If, like me, you intend to spend a few more decades on this wonderful planet, the latest emissions data released this weekend is truly terrifying. We are running out of time and the consequences could be grave.

Meanwhile, the domestic challenges that stop political and business leaders delivering on their international climate commitments remain present and correct. It was depressing in the extreme to see someone in Number 10 briefing that Cameron's speech would talk up shale gas, when the actual speech gave fracking the most cursory of mentions. Given the gravity of Cameron's speech, the transparent (and successful) attempt to engineer a UKIP appeasing headline in the Telegraph was a shoddy piece of political triangulation. It was similarly depressing to consider how Obama will never be able to get Congress to support his climate ambition or wonder how many of the blue chip firms calling for bolder climate action are themselves continuing to defend utterly unsustainable business models. The hypocrisy evident in Cameron calling for an end to fossil fuel subsidies while dishing out oil and gas tax breaks, or in Obama calling for more action from developing nations when US per capita emissions remain off the charts, or in Shell hymning the need to emissions cuts while exploring in the Arctic, is both shocking and in no way surprising.

Additionally, there is a little noticed reason why people are suddenly optimistic that a global climate deal can be reached next year: the most powerful nations have, in effect, given up on delivering a sufficiently ambitious treaty. The plan for nations to come forward with their emissions reduction pledges and climate action plans in order to provide a basis for a new treaty may help end the deadlocks that have marred previous negotiations, but it is not a recipe for an agreement to keep temperature rises below 2C. Like an Ed Miliband conference speech, the eventual treaty will not be commensurate to the scale of the challenge and will inevitably disappoint plenty of people who would love to be able to cheer it to the rooftops.

And yet, there is another, more encouraging, way to look at this continued failure to deliver deep cuts in emissions. Assuming you are not so cynical as to believe the words of political and business leaders can never be believed (if you are, I can't help you), the over-arching commitment to climate action is there, meaning that if the initial policies and pledges fall short the pressure is on to ratchet them up as the green economy gains momentum and the climate risks become more evident. This might not be the ideal approach - it leads to huge climate risks and higher economic costs compared to earlier action - but it further underlines how the direction of travel is in favour of more climate policy, not less; more clean technology, not less; and more green investment, not less.

This week's UN summit may not have delivered the global climate commitments many green businesses want, and Paris may similarly fail to deliver a truly credible treaty. Similarly, corporate sustainability strategies may continue to typically fall short of the scale of transformation that is required in a genuinely low carbon economy. But if there is one message to come from New York this week it is that when it comes to climate action, you ain't seen nothing yet. 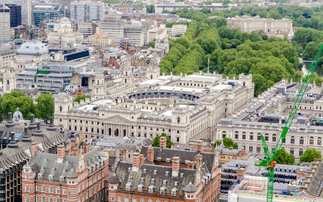 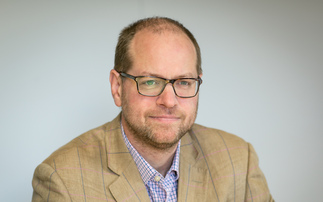 Businesses must collaborate to strengthen resilience against worsening climate impacts

The most effective resilience strategies harness the collective skills of both the private and public sectors, writes AECOM's Robert Spencer 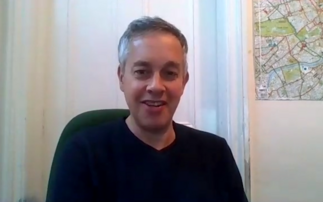