Are the Green Tories preparing a fight back?

A group of green Conservatives are said to be gearing up for a fight back, but can they wrestle back control from the party's anti-green voices?

One of the bright spots in an otherwise pretty dispiriting summer for the UK environmental movement has been the unlikely emergence of Tory grandee John Gummer as Twitter's latest eco-warrior. Now known as Lord Deben, the former Environment Secretary and current chair of the independent Committee on Climate Change has provided a beacon of centre-right common sense on matters environmental - and all in 140 characters.

He has argued that fracking may be useful, but will never provide a silver bullet for the UK's energy crisis; repeatedly challenged "climate deniers and dismissers" to provide one example of a credible institution that supports their crackpot theories; and taken numerous pot shots at ill-informed anti-green commentators and several of his climate denying colleagues in the Lords. All because, in his own words, "no reasonable person would ignore expert opinion and wager his children's future on the contrarian views of people who are not peer reviewed".

It has been a breath of fresh air and a useful reminder that not all Conservatives have signed up to the reckless vision being relentlessly promoted by Lord Lawson and the Murdoch press - a vision whereby fracking miraculously saves the economy and climate change is either not really happening or left to look after itself. They may not have access to the media foghorm enjoyed by their less progressive colleagues, but there are some Tories who still understand the existential threat posed by climate change, the value of the green economy, and the relationship between conservation and Conservatism. The big question for the UK's green political scene is whether or not there are enough of them and whether they can wrestle back control of a narrative that Lord Lawson and his friends have recently steered in their own direction.

It may be hard to believe when Lib Dem sources describe themselves as being engaged in a "guerrilla war" with anti-green Conservative ministers, when Eric Pickles takes the axe to green building standards, and Owen Paterson openly sneers at wind farms while plotting their demise, but the faction of green-minded Conservatives who played such a key role in modernising the party and making it electable prior to 2010 remains largely intact. And according to several senior sources it is "tooling up for a fight back".

They might not have made as much noise in the media as some of their pro-fossil fuel colleagues in recent months, but a number of modernising ministers and up and coming backbenchers, centred on the recently launched 2020 Group, remain broadly committed to the Prime Minister's pledge to lead the "greenest government ever" as well as the pre-2010 rationale that the party can only win a majority if it embraces centre ground issues such as environmental responsibility.

There is also some evidence that, for all the posturing over fracking and silence on climate change, figures at the top of the party still share at least part of this analysis. It may take a Kremlinologist to spot them, but the signs are there that the Green Tories could potentially engineer something of a revival.

After all, it was David Cameron who gave Lord Deben his head at the Committee on Climate Change, just as it was the PM who appointed Joe Johnson, a member of the 2020 Group described by colleagues as "not unsympathetic to the green agenda", as head of the Number 10 policy unit, and gave another moderniser, George Eustice, the energy and environment remit.

Behind the scenes, Tara Singh, the new policy lead on energy and climate change in Downing Street who previously played a role with the Quality of Life Commission report that first established Cameron's green credentials, is said to be an increasingly influential voice. Meanwhile, the Conservative Environment Network has been, in the words of one source, "quietly reorganised and is now preparing to make some noise again". On top of that, John Hayes' ill-starred foray as a climate sceptic minister in the Department of Energy and Climate Change (DECC) was brought to an abrupt halt, vocal green Tory Laura Sandys was appointed as a Parliamentary Private Secretary at the department, and a new SPAD in Maria Allen was also appointed, again at the insistence of the Prime Minister, to support the Conservative Ministers at the Department of Energy and Climate Change (DECC), Greg Barker and Baroness Verma.

In addition, reports Barker was facing the chop in a pre-recess reshuffle proved wide of the mark and now the Westminster rumour mill suggests he will be safe come the anticipated autumn reshuffle. In fact, Barker is known to be good friends with both the Prime Minister and the Chancellor (the three were even spotted enjoying dinner together at a restaurant in Soho just after recess) and almost certainly played a role in getting Cameron to open the new London Array wind farm and speak at a conference for the energy efficiency industry earlier this year.

The hope amongst Green Tories is that appearances such as these that promote the strengths of the green economy will become more common for the Prime Minister over the next two years as the government starts to see the fruits of its labours and investment enabled by the Energy Bill, the Green Deal, and the Green Investment Bank begins to roll. There is an awareness that the green agenda needs to be made relevant to the growth and cost of living agendas that will dominate the run-up to the election, but it is clear that the low carbon economy could be incorporated in the recovery narrative that will dominate the Tories' electoral strategy.

Are these hopes realistic? They certainly took a bit of dent with the Prime Minister's evidence-lite and surprisingly vehement endorsement of a UK fracking boom. Those who maintain Cameron remains committed to the green economy must surely accept that he has never spoken in such a high profile manner about his unwavering commitment to renewables or energy efficiency. Moreover, critics will note, not unreasonably, that the occasional ribbon-cutting by the Prime Minister will do little for investor confidence if the Chancellor continues to create the impression that he is indifferent to the green economy and ministers such as Pickles and Paterson are allowed to do their upmost to harm the prospects of green businesses.

The problem for the Green Tories is that not even the most one-eyed centre-right environmentalist would currently make them favourites in an upcoming bout with the anti-green voices on the right of the party. Sources acknowledge they cannot afford to "underestimate the challenge both within government and with commentators outside of government" from those who remain convinced the green economy and climate change are either a fraud or a distraction. But it is still impossible to envisage a delegation from the 2020 Group meeting with Lynton Crosby and convincing the fossil fuel lobbyist to morph into a cheerleader for the green economy. Moreover, if the Green Tories are still confident they can make a breakthrough, the right wing cabal who wish to create a full-blown climate-denying British Tea Party are equally confident they hold the whip hand and are in a position to drive home their current advantage.

It is also worth noting that some green-minded Tories have been promising to get more vocal about their concerns with the direction of the party on environmental issues for some time, but only a handful have been willing to put their head above the parapet. As one observer of Westminster's green political manouverings, commented "we've seen these promises before, but for the past year or so they haven't amounted to much".

However, despite these challenging odds a "fight back" is said to be on the cards and regardless of its eventual success a more vocal stance from Green Tories would provide green business leaders and investors with a useful reminder that the Conservative Party is far from united in its public hostility to the green agenda. Moreover, it would highlight once again that with the Lib Dems and Labour likely to make their commitment to a low carbon future even more central to their proposition in the run-up to the election those politicians opposing green growth remain very much in the minority.

It looks like a bit of a long shot, but if senior figures who have previously expressed their deep concern about climate change, such as William Hague, Oliver Letwin, and, of course, Greg Barker and Lord Deben, can convince the Prime Minister of the need to engage more fully with the green agenda we could perhaps see a shift in approach. Add in the fact President Obama and other international leaders will push the issue up the agenda in the run-up to the UN's 2015 Paris Summit and it is still just about possible to imagine the Conservative leadership rediscovering its green voice. Although, these hopes have to be tempered by the fact that any public endorsement of genuinely ambitious green investment and policies risks howls of outrage from the many backbenchers and media commentators who always regarded the modernisation project with disdain.

As such there is a long way to go before David Cameron joins Lord Deben in calling out "climate deniers and dismissers" on Twitter, but for all the battering they have taken in the past few months the Green Tories insist they are still alive and kicking. If that is indeed the case, now is the time for them to prove it and if that means publicly taking the fight to some of their fossil fuel-addicted colleagues then so be it. 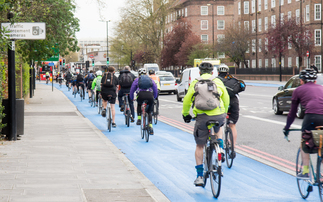 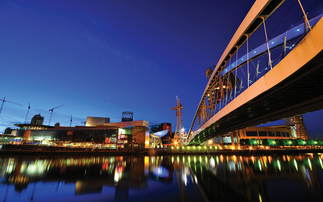