In praise of the Energy Bill

Ed Davey has played a very savvy hand, despite its flaws the Energy Bill could yet prove revolutionary for the green economy

Several weeks ago the new chair of the Committee on Climate Change Lord Deben spoke at a green conference hosted by the TUC where, according to those present, he rather stole the show. The Tory peer was, by all accounts, charming, eloquent, and provided an extremely insightful analysis of the current green political, policy, and corporate landscape. He also offered the assorted green business movers and shakers an important bit of advice: sometimes it is appropriate to thank the politicians and policymakers who are trying to help you.

He is right of course, not just because it is polite, but because it is also astute to ensure our much-maligned politicians secure some political capital when they fight to deliver long-term, ambitious policies that are in the national interest.

So, when the rapid responses start flying to today's Energy Bill attacking the government for failing to deliver a long term decarbonisation target or failing to provide sufficient support for this or that technology, it is worth remembering that it remains a genuinely historic piece of legislation that promises to put the UK firmly on the road towards a low carbon future.

Despite its continuing flaws and despite the blow to investor confidence caused by the tortuous negotiations to deliver an agreement between ministers, the Energy Bill represents a substantial victory for Ed Davey, the Liberal Democrats, the green-wing of the Conservative Party, and the Department of Energy and Climate Change. There is a lot of work still to do to ensure it delivers on its promise, but they should be rightly proud of their achievements.

Last week, I argued the Energy Bill was a mixture of the good, the bad, and the ugly. I stand by that analysis. The failure to deliver a decarbonisation target at this point is a bad blow to investor confidence that limits the likelihood of clean tech supply chain companies investing the UK. Meanwhile, the ugly splits within the coalition over the future direction of climate change and energy policy have increased political risk for all energy investors and have raised fears long-term energy and environment in the UK will become increasingly dependent on the result of the next election. Today's stinging Ernst & Young report confirming the UK has slipped down the global league table for renewable energy investment attractiveness simply reiterates what many within the energy industry have been saying for months: the Treasury's stance has significantly damaged investor confidence.

But it is important to remember the good parts of the Bill remain extremely encouraging. The agreement on a contract for difference (CfD) financial support mechanism backed by a single government-approved counterparty and a spending cap of £7.2bn by 2020 delivers clean energy developers the kind of bankable investor certainty they have been craving for years. In the never-ending battle between high and low carbon infrastructure, the playing field that for so long has been tilted in favour of those fossil fuel developers who do not have to pay enough for their polluting externalities has been titled, perhaps decisively, in favour of clean energy.

More encouragement will come today with confirmation the government has realised at the 11th hour the Bill should contain more ambitious action on energy efficiency. The launch of a new consultation on energy efficiency incentives is hugely positive and while we will have to wait to see how many of the policy proposals are turned into reality it is great to see Ministers publicly stating they would rather see energy saved than costly new generation infrastructure built.

In a surprise move, Davey has also responded to concerns about the impact of green energy costs on those industries that could up and leave in search of lower energy bills. Green groups will lament what they regard as another kick-back to polluting industries, but the government is right to argue that the UK needs to decarbonise, not deindustrialise. Moreover, Davey has been politically savvy in heading off those critics who argue his plan will damage British businesses. As long as the promised financial support for energy intensive industries is structured in a way that encourages them to invest in energy efficiency and low carbon research and development, the announcement is to be welcomed.

Even the delay to the decarbonisation target might not be quite as bad as it first looked. Obviously, it would be preferable to have the target in place now, as it would help drive significant investment in the clean energy supply chain. But speaking to several energy industry insiders there is a dawning realisation Davey might have played a very clever hand in his negotiations with the Treasury. By getting a commitment to revisit the decarbonisation target in 2016 he almost has a decarbonisation target by proxy given no gas developer can have any confidence that new restrictions won't come into effect in the next parliament. Add in the fact Davey still has the option to try and tighten the Energy Bill's emissions performance standard to restrict any excessive gas development and it is little wonder Davey has been telling journalists he thinks predictions of a "dash for gas" are overblown. The Chancellor will next week trumpet his gas strategy and talk up the prospects for gas in the UK, but anyone who watches the policy landscape closely will know that while some new gas infrastructure is needed, the idea of a huge surge investment is confined to the Treasury's dreams.

As a prospective investor, where would you put your money? In renewables or nuclear projects with CfD guaranteed financial returns and unequivocal support from the Lib Dems, Labour, and many Tories, or in gas projects where returns are at the whim of global gas markets and the likelihood is that new legislative restrictions could be placed on the facility well before the end of its natural life.

As Green Alliance's Alastair Harper observes today, "there's no doubt that as a result of this bill, investors can see that low carbon power stations have a stronger future in the UK than high carbon. It would be an eccentric business who backed a dash for gas in this country".

In short, investment in clean energy has never looked more attractive. The business case for investing in clean energy directly or sourcing clean energy from suppliers looks increasingly compelling for financial, as well as environmental reasons. It is little wonder the Bill has been welcomed by the CBI, EnergyUK, RenewableUK, and the EEF, just as it is no surprise green groups will argue it does not go far enough.

Yes, plenty of important issues remain to be resolved. Shadow Energy and Climate Change Secretary Caroline Flint is right to argue the government should be doing more to stimulate competition in the energy market and those independent energy firms meeting with Ed Davey this afternoon will be desperate to secure assurances the reforms do not lock them out of the market. The fight for a decarbonisation target will go on, and real investor certainty will only be delivered next summer when the first round of strike prices for clean energy projects are announced. The devil will inevitably be in the detail when it comes to the new commitments on energy efficiency and support for energy intensive industry. And, most importantly of all, the entire low carbon transition would be a lot easier if the Prime Minister found his voice and slapped down those within his Party who want to wreck the green economy.

But, these caveats aside, the energy industry and the green economy have been waiting decades for a policy landscape as clear and progressive as this. It has taken longer than it should, mistakes have been made along the way, and the government will almost certainly take a kicking over the impact on energy bills, but if you consider the long term vision contained in this Bill then Davey and co deserve some plaudits.

'The next few months are vital': Latest round of UN climate talks end in stalemate

'At our current pace, we haven't got a hope': E.ON boss warns UK is off track to meet net zero target 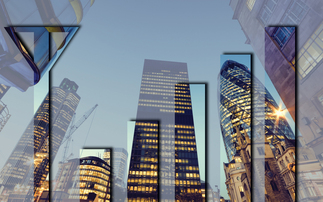 Aviva and WWF team up for green finance drive 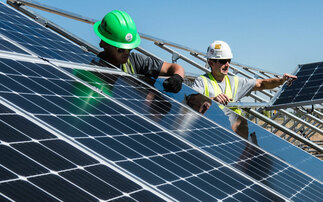 The race to net zero: How feasible is generating your own energy?

It is something a growing number of companies are exploring as they invest in their renewable energy supply, says E.ON's John Martin - but how easy is it to generate your own, clean, renewable energy in practice?

South Korean decarbonisation plans, Irish hydrogen ambitions, and NATO targets net zero in this week's round up of green business news from around the world