COP 21: 12 things we've learnt from the Paris Summit so far

From James Hansen's blasting of UK fracking plans to the COP21 meditation room, it has been an eventful few days

The first few days of the Paris Climate Summit have been remarkably eventful, with world leaders signalling their support for an ambitious deal, the French hosts pioneering a new approach to the negotiations, and businesses from the world announcing a raft of climate commitments.

BusinessGreen takes a look at some of the key developments so far:

More than 150 heads of state and government came to Paris for the start of the UN climate talks, including David Cameron, US President Obama, Germany's Angela Merkel and leaders from countries as far flung as Mongolia and Tuvalu. The gathering has already gone down in history as the largest number of world leaders ever to meet in one place on a single day. However, it took some logistical skill to allow them all to give a short speech with leaders speaking simultaneously in two rooms. Even Cameron felt the need to comment on the wait when he finally got round to making a speech planned for mid afternoon at some point in the early evening.

Organisers of 2,300 marches, protests and events across 175 countries in the weekend before the talks kicked off now estimate 785,000 people took part worldwide in the call for stronger climate action.

3. The pressure is definitely on the negotiators to strike a deal.

Diplomats and ministers have been told the eyes of the world are on them, and some of the language being used about climate change is verging on the apocalyptic. Meanwhile, the Prince of Wales evoked Churchill's description of Battle of Britain fighter pilots when he said: "Rarely in human history have so many people around the world placed their trust in so few", adding the deliberations will decide the fate not only of those alive today, but of future generations.

4. The Summit is not just about delivering the Paris Agreement

A series of initiatives are being announced to get the talks off to a strong start, including a move launched by UN Secretary General Ban Ki-moon to improve the resilience of the most vulnerable countries to climate change impacts, a boost to clean energy innovation from billionaire investors and governments, and an international solar alliance led by Indian prime minister Narendra Modi.

5. You can build an Eiffel Tower out of chairs.

One of the many installations around the conference venue has seen the Eiffel Tower recreated from chairs, along with colourful animal sculptures, pictures made from plants and some "wind trees", with leaves that are little turbines.

6. Tackling deforestation is increasingly a priority for governments.

Loss of forests each year accounts for around 11 per cent of total greenhouse gas emissions, and the Prince of the Wales warned there is no plan B to tackle climate change if we don't save our forests. A number of governments have come forward with funding for new forest programmes.

Why is England's progress on recycling so rubbish? 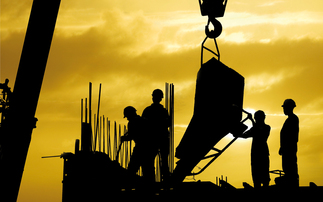 Government to explore how to clamp down on built environment emissions