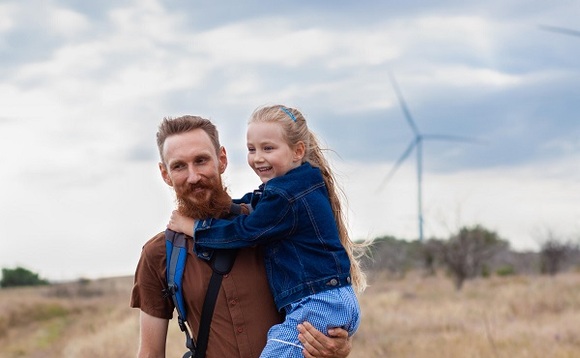 There is a clear case for action to address climate change - both because of the huge growth opportunities, and to better manage climate-related risk. And that case has only strengthened in recent months: the actions we need to take to tackle climate change are aligned with those which can tackle the current energy crisis.

As the UK's largest long-term savings and retirement business, we have the size and reach to make a real difference - helping to grow our business, manage risk, and deliver for our customers.  And while that responsibility sits with us, we also strongly support additional measures from governments and regulators, including here in the UK, to strengthen market incentives which will accelerate investment in net-zero-aligned infrastructure.

A week is a long time in politics - but the last year has felt like decades in climate and energy policy.

Twelve months ago, ahead of COP26, the focus was on the urgent need for climate action.

At country level, new targets were submitted.  National ambition was reflected by the private sector with corporate net-zero targets and, in the financial services sector, more than 450 companies representing $130tr of assets joined the Glasgow Financial Alliance for Net Zero (GFANZ).

We have played an important role. With c.£270bn in assets under administration and over 13 million customers, we have the size and reach to make a real difference. And that was reflected in our new targets: to cut emissions from the assets we control and influence by 50 per cent by 2030, and to be a net zero business by 2050.

We set those targets because it was the right thing to do, and because we assessed that it makes economic sense for our customers and investors - ensuring that we reduce our exposure to the physical and financial risks of climate change, and capture returns from the growing low-carbon economy.

A lot has happened since then.

On climate, the need for urgent action is ever clearer - with record temperatures in the UK, an unprecedented heatwave in China, and extreme flooding in Pakistan.

Severe as those impacts are, another urgent crisis is dominating the agenda: the precipitous rise in energy prices.  What looked like a short-term spike in gas prices driven by Covid recovery has, since Russia invaded Ukraine, become a longer-term shift in energy markets.

So, a year on from COP26, does the economic argument for net zero - and in particular for rapid decarbonisation in this decade - stack up, both at whole-economy level and for big asset owners and investors like Phoenix?

When we look at the long-term, there is widespread consensus that action to cut emissions and limit temperature rises is the right thing to do from an economic perspective. That's because, while investment costs are significant, they lead to savings later.

That doesn't mean that net zero is cheap.  There is no doubt that delivering the transition across the economy comes with a large investment requirement.

But that investment cost looks relatively low when we take into account the benefits that come with it.  The recent explosion in energy prices, driven by the high cost of fossil fuels, could increase household energy costs by £100bn in the next year alone. For comparison, the UK's independent Office for Budgetary Responsibility has estimated that delivering our net zero target will cost the UK only around £10bn net a year, even before the environmental benefits are taken into account. And they also assess that early action significantly reduces the cost of the transition by potentially halving the overall fiscal cost of getting to net zero.

The UK's Climate Change Committee analysis on which this is based demonstrates the point clearly - investment costs are, over time, outweighed by the savings that go with them. In the long-term, this is a cross-economy "spend to save" scheme - with the added benefit of playing our part in stopping runaway climate change.

The long-term is one thing; the short-term could be quite different.  But again the evidence suggests that the rise in energy prices strengthens rather than weakens the case for rapid action to cut emissions.  In fact, the actions we need to take to address the energy crisis are the same as those we need to take to accelerate the transition to net zero.

That's because in many sectors, low carbon technologies cost less than their high carbon alternatives. On the supply side, many forms of renewable electricity were already cost-competitive with fossil fuel generation before the crisis - and following the rise in gas prices, they are now much cheaper (with UK offshore wind now up to nine times cheaper than electricity produced from gas). Globally, the transition to renewable power could result in estimated savings of $12tr by 2050. On the demand side, the case for investing to reduce our energy consumption was already strong, and is now even stronger.

The other argument for short-term action is that we are beginning to see the economic impacts of climate change in real time. This summer's water shortages in Europe could dampen GDP growth by 0.25 per cent to 0.5 per cent as, for example, low river levels disrupt supply chains by affecting transportation, and increase electricity prices by forcing nuclear power stations to close because of the lack of water cooling

Does net zero still make sense for us and our customers?

The arguments for accelerating the net-zero transition are even stronger than last year: for the economy as a whole and for us too.

As the UK's biggest long-term savings and retirement business, with c.£270bn in assets under administration, we have broad exposure across the economy with investments in all major sectors, including energy production and utilities.

That means we have a vital role to play in the net zero transformation.  First, because those investments have a significant carbon footprint: our £160bn equity and credit portfolio has a carbon footprint of 15 million tonnes a year, equivalent to emissions from heating over five million homes. And second, because by investing in low-carbon solutions we can accelerate the transition across multiple sectors.

Our core role is to invest and manage assets on behalf of our customers, shareholders and investors. In doing that, we must balance the need for returns with the right level of risk. Both of those elements - risk and return - point ever more strongly towards rapid decarbonisation of our investments.

By accelerating our own net zero transition, we can reduce our exposure to companies with significant climate risk - either because they have assets which are physically exposed to the risks of climate change (such as rising sea levels), or because their business models will become obsolete as the world decarbonises. We can increase our holdings in companies which are investing in the net zero transition, and aligning their business models with low-carbon growth. And we can invest directly in low-carbon solutions, from wind farms to energy-efficient housing, which offer long-term, stable, reliable returns.

These arguments are reinforced by the current price crisis in the energy sector, and by the acceleration of climate action in key markets in Europe, the US, Asia and beyond.

We need to make sure that we are embracing that transition in a way that reflects our customers' varying needs and life-stages. For example, customers who are drawing down their pensions may place a higher premium on short-term returns than those who are at an earlier point in their savings journey. Our approach needs to reflect that - ensuring that we sequence the transition of our investments to both support real economy decarbonisation, and adapt our strategy to our customers' interests.

But while the responsibility for accelerating the transition rightly rests with us, and other investors, we need government and regulators to act too.

In many areas, like power generation, the case for net-zero investment is irrefutable. But in others - from energy efficiency to green hydrogen, and nuclear power to carbon capture - the pipeline of investable projects is not strong enough. That's because we don't yet have all the investable business models that we need to ensure we can support the transition and deliver the expected returns to our customers.

As we look ahead to COP27, we strongly support additional measures from governments, including here in the UK, to focus market incentives on dramatically accelerating investment in net-zero-aligned infrastructure. If government and regulators act quickly to put those business models in place - and ensure that regulations such as Solvency II are designed to unlock investment - we can turbocharge the net zero transition, and show that what makes sense for the planet makes sense for the economy.

You can hear more about the challenge and necessity of the net zero transition from our head of climate change, Tim Lord, who recently sat down for an interview with BusinessGreen in support of our partnership with the Net Zero Festival this year. Watch the interview here.