Sir John Armitt calls for government to commit to spending 1.2 per cent of GDP every year on future-proofing UK infrastructure

From houses and roads, to railways, power plants and flood defences, the UK must urgently set out a long-term plan for its shift towards net zero emission infrastructure and its strategy for dealing with the escalating impacts of climate change.

That is according to National Infrastructure Commission (NIC) chair Sir John Armitt, who has today warned the new Cabinet's credibility will soon be "under the spotlight" and as such it must this autumn set out a clear, long-term strategy for overhauling the country's ageing infrastructure and turbo-charging the UK's response to the climate crisis.

The upcoming National Infrastructure Strategy - due to be released this autumn - will be a "key test" of the new Cabinet's commitment to sustainable infrastructure, and must follow the blueprint set out by the NIC in its inaugural assessment of the country's infrastructure needs last year, Armitt said.

That means committing to spending at least 1.2 per cent of GDP each year on infrastructure - the upper threshold of the one to 1.2 per cent a year boundary agreed by the Treasury - and signalling a "genuine commitment to change", he wrote in an exclusive column for BusinessGreen's SDG Hub today on the UK's pursuit of Sustainable Development Goal 9, the UN target to deliver sustainable industry, innovation, and infrastructure globally by 2030.

"We don't want vague promises or a restatement of existing commitments," Armitt wrote. "The strategy should set out clear goals with a timeline for achieving them. It has to take a long-term perspective, looking beyond the immediate spending review period all the way to 2050."

"If we're going to achieve net zero by the middle of the century, ministers can't afford to take their eye off the ball for a second," he added. "Indeed, successive governments have to drive this forward with determination and concerted effort over decades."

Among the NIC's demands are ensuring at least half of the UK's power comes from renewable sources by 2030 - up from 33 per cent currently - a clear plan to replace natural gas in the UK's heating systems, the development of a "truly national" electric vehicle charging network, and a further £43bn of spending for cities outside London to boost public transport systems.

The Commission also insists much more work needs to be done to improve the UK's resilience in the face of climate threats, which the Committee on Climate Change (CCC) recently described as resembling "Dad's Army" in its "ramshackle" nature. Of the 33 sectors of the UK economy assessed by the CCC, none showed good progress when it comes to managing climate risk, the Committee said.

The NIC insists work on this agenda should begin as soon as possible - a call underlined by the precarious nature of the dam in Whaley Bridge, Yorkshire, which last weekend threatened to burst after a month's worth of rain fell in just a few hours causing an overflow of water that damaged the dam's concrete spillover.

Residents from the neighbouring village were evacuated from their homes and the emergency services warned of a "severe threat to life" should the Toddbrook dam burst, amid panic that the 180-year old structure may not hold.

Climate scientists predict with increasing certainty that extreme weather such as fierce heatwaves and storms, as experienced in the UK in recent weeks, will become increasingly common and have greater impacts as climate change accelerates. That means the UK's infrastructure, including dams, bridges, and drainage systems, must be able to withstand a wider breadth of conditions not foreseen by their original engineers.

The NIC is calling for the government to commit to a national standard of flood resilience across the UK, and do more to shore up the UK's water supplies and build out a national network to make moving water around the country easier. "It might seem improbable to those living in conspicuously wet northern counties, but for some parts of southern England, drought is a very real prospect," Armitt warned.

The government has repeatedly stressed its commitment to transitioning the UK to a zero emission economy by 2050, and has promised plans will be released in the coming months addressing concerns over issues such as flood protection.

In addition, new Prime Minister Boris Johnson made infrastructure a key element of his recent Conservative Party leadership campaign, promising a nationwide roll out of superfast broadband. Green campaigners will be hoping his enthusiasm will extend to climate-related infrastructure priorities.

In response to Armitt's comments, a Treasury spokesman said: "The new government has been clear that delivering the world class infrastructure that modern Britain needs to thrive is a priority, as we seize the opportunities ahead after leaving the EU. We will respond to [the NIC's] recommendations in due course - setting out how we will build on the record levels of investment already committed." 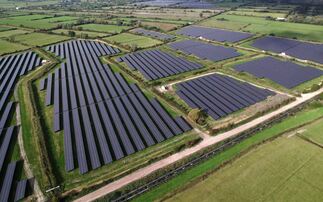 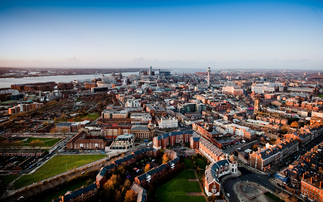