Asset managers are increasingly feeling the pressure from institutional investors including pension funds to address ESG issues and provide greater transparency on their efforts to tackle the risks, according to Russell Investments

A 2020 annual ESG survey published last week by Russell Investments found that asset managers' focus had been particularly amplified on climate risk, although governance issues continued to dominate, and that both engagement activities and internally-produced quantitative data were growing.

The majority of managers were increasing their access to proprietary data sources, with information gathered by 77 per cent from direct engagement with companies, up from 72 per cent, and 71 per cent from company reports or regulatory filings, up from 66 per cent.

Direct engagement is the main source of ESG data

Across equities, fixed income, and private markets, the number of managers reporting that they primarily relied on internally-produced quantitative data but still used some external data had increased, while those relying solely on external data fell.

Fixed income managers were increasingly focusing on ESG issues and leveraging their investments, Phillips noted. The survey found that 38 per cent reported their regular meetings with management always included ESG discussions, up from 24 per cent last year. Meanwhile the number that never engaged with companies at all halved to 6 per cent.

"Engagement activities have evolved across asset classes. It has been a hot topic for fixed income managers," Phillips said. "The fixed income market accounts for $70tr market cap and most bond issuers do have to come back to the capital market, which means they have to keep a good face with the community.

"There is growing evidence that engagement can provide nudges, even by bondholders. If engagement doesn't result in desirable outcomes, that information itself is useful to asset managers when assessing activities but it is also important feedback for bondholders."

Data coverage for all fixed income segments was improving, the survey found, with both investment-grade and high-yield corporate bonds coming out top for data availability. However, both developed and emerging market sovereign bond data was below 50 per cent coverage, a figure that Phillips blamed on a lack of consistent reporting.

In the UK at least, the increased focus was largely put down to recent regulatory developments, including new requirements on trustees to provide implementation statements to set out how they have responded to financially material ESG risk.

Director of strategic client solutions and EMEA head of responsible investing Jihan Diolosa commented: "There are increasing numbers of questions around who we are engaging with, what are the managers' stories, and these are coming through from our existing clients and prospective clients. They are wanting more transparency in this space."

The governance element of ESG investing racked up the most focus, with 82 per cent of managers surveyed noting this was their primary concern, although the proportion selecting the environment has risen from 5 per cent to 13 per cent over the last two years.

Russell Investments said the uptick in the latter was largely due to the rise in local regulations, a pattern visible when looking at those who chose environmental considerations as the most important. The number within the UK selecting this in 2020 was 11 per cent, compared to seven per cent in 2018; for continental Europe the difference was more staggering, rising to 24 per cent from four per cent.

Phillips noted that the significance of governance might appear surprising when much of the ESG debate seems focused on climate risk - but she added that governance issues were more pervasive.

"Environment might be important for energy and electricity, but less important for banking," she said. "Corporate governance applies to companies regardless of industries. It is crucial to the company's long-term enterprise value."

Diolosa added: "Even though E, S and G are quite distinct, they are so closely interlinked. Just because G is dominating, it doesn't imply E and S are less important." 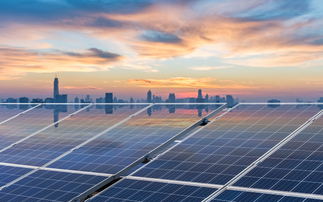 Only 20 per cent of climate targets set by companies in the G20 are science-based, according to Science-Based Targets initiative